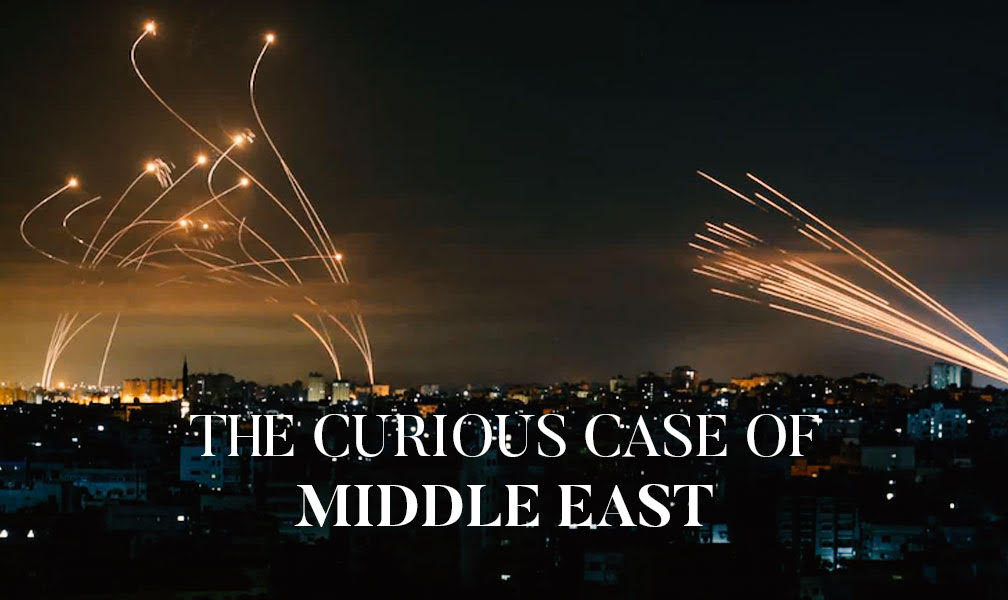 The Middle East area has always been a darling in International Affairs. The Foreign policies of major superpowers center around the changes in the middle east. The recent incident of the conflict between Israel and Palestine has brought the Middle East back to the center of Earth. Israel which is a small state fighting for its survival has attracted a lot of negative media for its recent actions against Hamas. As per the official figures, Hamas has fired more than 2000 rockets on Israel including Israeli cities by now. The Israeli Iron Dome however had a significant precision in detecting the attacks from Hamas and neutralizing them before they hit the target.

The Israel-Palestine conflict has however led to some new explorations. The Arab world invested a lot of its energy in the Palestinian cause but doesn’t seem to have its interest in it anymore. There have been rhetorical statements of support to Palestine, but the situation on the ground tells a different story. This needs to be seen in the new geopolitical situations that are evolving around the globe.

The Arab world led by Saudi Arabia which was the leader of the Islamic cause has a greater threat from Iran in the current times than Israel. The UAE and Bahrain that signed the Abrahamic accord with Israel seem to observe a restrain on doing something that might hamper their relations with Israel because the fact on the ground stands that Israel is an asset while Palestine is a liability for the Arabs.

Saudi Arabia which got a free hand under the Trump administration sees a bit hostile administration in the USA, where its interest might get compromised in the revival of the JCPOA deal with Iran. These common threats have brought everyone closer to Israel against their common enemy- Iran. The other reason is also that the defense technology including that of cyber warfare which is possessed by Israel is almost unmatched even by the greatest military powers. These technologies can be very helpful for the Arabs in neutralizing the threats from Iran, as Israel has displayed it recently after attacking the nuclear plants in Iran and killing its top scientists. Saudi Arabia has not yet signed any deal with Israel, but as the reports say, Israel and Saudi Arabia are in back-channel talks since the Trump administration and hence, there has not been any major attempt by any other
Arab countries to go beyond the line to support Palestine. Because what matters, in the end, is the national interest, and the Arabs see Israel as a country that can help them protect it in the New World Order.

The State of Turkey which wants to be seen as the new leader of the Islamic World and wants to re-establish its Caliphate with Erdogan as its Caliph is seen to be the most vocal for the Palestinian cause. Turkey is trying to get some new allies like Pakistan and Malaysia to back its claim as the leader, however, it does not have either the money power or the muscle power like the other Arabs.

In the Israel- Palestinian conflict, the major nations which have a say on the international forum have backed Israel, while the nations which are on the verge of becoming/ have become radical Islamic states have backed Palestine. To be seen as the new leader of Islamic nations, Turkey is looking to portray itself as more Muslim than the Maulana, however, the Arabs are stepping on this line with caution. UAE even went ahead to warn Hamas to stop firing rockets, if not the investment plans would be halted.

There has been a lot of lip service in the favor of Palestine by the left-liberal media around the world, but this has been biased reporting portraying Israel as the aggressor which in reality was being attacked by Hamas and was just defending itself against it. The other argument used by the media was that of a proportional response. The media was criticizing Israel because they were reacting disproportionately to the attack by Hamas and they needed to restrain as they are a more responsible nation. However, the media conveniently neglected the fact that Hamas was firing rockets continuously on Israeli citizens. If a country is attacked with two thousand rockets in less than 2 days, what proportion should it respond with? The left has always been in an alliance with the radical Islamists. As Sitaram Goel rightly said “All religions were equal, but Islam was more equal”,
the lives of Jews are considered less important than that of Palestinians. There has been clear Antisemitic reporting in the media. The statements made by the media and the celebrities were completely driven by an agenda. The State of Israel however did not care enough and made it clear on the first day itself that it won’t bother with the opinion of others, and it would do what was necessary to protect its self-interest.

The Israel-Palestine conflict is nothing new, this has been happening for the last seventy years. Israel has always emerged victorious against the aggressors and in fact, acquired more land after the wars each time. However, what is different this time is the changed geopolitical situation. Palestine which enjoyed majority support in the Islamic world has lost its relevance.

Deepak Committed Suicide when Forced to Convert to Islam

A deplorable case from Jharkhand will make the Hindus rethink about their situation in the society. The mental, emotional and physical harassment done in...
Read more
Islam

Reality of the Sufis

With the recent incident of Gautam Gambhir, a BJP MP from Delhi visiting the famous Dargah of Ajmer, a new row has sprang up....
Read more
Islam