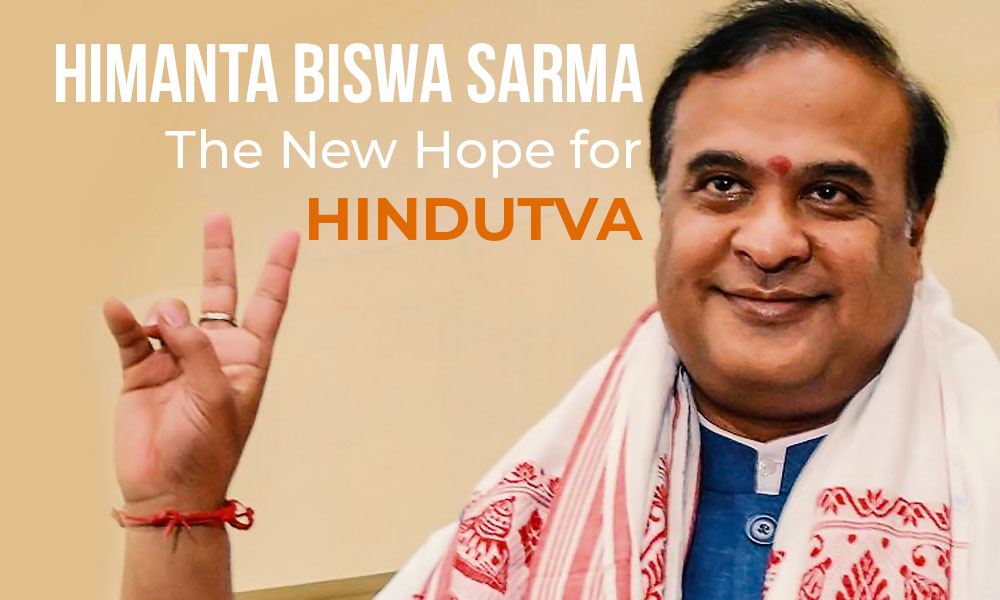 Himanta Biswa Sarma, the current CM of Assam has been one of the finest additions to the BJP in recent years. He switched from the Congress party in 2015 and since then, he has been the troubleshooter for the High Command in the North East. From the problems of Assam to Manipur or Meghalaya, he has emerged as the go-to guy for the BJP.

Himanta has risen as the firebrand leader who speaks his mind and addresses his core voters without fearing the media image. Himanta’s message was crystal clear in his campaigning and he won the elections without appeasing the minorities. In the campaign for the 2021 elections, Himanta openly challenged the Miya culture in Assam and stated that- The Miya community in Assam was trying to create a parallel culture in the state, and we will oppose this thoroughly. We will not compromise our culture for the Miya Bhai’s.

Apart from his other aspects, Himanta also seems to have the most proper understanding of his voters and the election process in the entire BJP as of now. In his campaign, he never hinted at the appeasement of minorities. He openly held that ‘I am not dependant on the 34% vote. They never vote for us.’ He also came out in open about the statements of Badradduin Ajmal supporting BJP in case Himanta was to be sworn as the CM. Himanta held that “ I don’t want to be a CM with the support of Badruddin Ajmal. We both hold different ideologies. At a personal level, he is my friend, but his political ideology is adverse to mine”

Himanta Biswa Sarma has brought the minority appeasement politics to a grinding halt in the state of Assam. The appeasement policy which was followed by Congress till date, and now by the BJP in some aspects, generated a rage amongst the Hindu community. Himanta knew his strengths and he played to them. In Bengal, the 27% Muslim population was seen as a roadblock to power by the BJP, but Assam which had around 34% of the minority population was swept by BJP rather easily, all thanks to the new charm of North East- Himanta Biswa Sarma.

While proving his credentials as a fine election handler, a troubleshooter, a magnificent politician, and a leader having a stronghold on the bureaucracy, Himanta has also emerged as the new icon of Hindutva. The Hindu community had been treated as a second-class citizen since the independence due to the radical secularism approach of Nehru. As described by Sitaram Goel in his book ‘How I became a Hindu’, “The very word Hindu had been made a dirty word in post-independence India. One had only to identify oneself as a Hindu, and one stood branded as a narrow communalist, an obscurantist, a reactionary, an enemy of national unity, and whatnot. There was no stigma attached to being a Muslim. But a Hindu who aspired to be respectable in the eyes of the ruling elite had to subscribe to Secularism, the new cult floated by Pandit Nehru and his Communist cohorts.” With the
renaissance in the Hindu community, the Hindus who had been oppressed throughout centuries in the colonial rule and even in independent India, have now started to assert themselves. PM Modi was seen as a firebrand leader of Hindutva a decade back but now seems to have moderated his politics. As stated by Lokmanya Tilak, ‘‘The extremists of today are the moderates of tomorrow, just like the moderates of today were the extremists of yesterday.’’ With the moderation of the image of Modi as a flag bearer of the Hindu cause, there have been new leaders like Amit Shah, Yogi, and Himanta who are looked upon with a ray of hope by the community.

Himanta Sarma has shown his loyalty to the cause of Nationalism and the Hindutva unapologetically. From the issue of NRC to CAA, from the recent ceasing of funding to the Madarsas and converting them to general schools, to the steps taken to ban cow slaughter- Himanta has emerged as a truly ‘secular’ leader. He has sidelined the pseudo-secularism that the country has followed over the years. The state of BJP post-2019 has been similar to that of Ashoka after the Kalinga war. BJP had moderated its politics and was looking to be ‘More Christian than the pope’, or what we could say more secular than Nehru. The rise of leaders like Yogi in 2016 and Himanta in 2021 has introduced freshness to the Hindutva cause.

The party which rode on the Hindu votes portraying Savarkar as their model to capture Delhi suddenly became a Gandhian party in recent years. However, with leaders like Himanta, it can be assured that the central leadership will always be compared and contrasted to its Hindu credentials vis-a-vis state leaders like Yogi and Sarma. There has been a resurgence in the Hindutva cause, and Himanta who has not acquired power through the regular route of RSS-ABVP-BJP, is looking to beat everyone else in the race for Hindutva. The celebrated Hindu organizations are looking more and more confused. There is little conceptual clarity regarding the cause of Hindutva, and intellectuals who try to produce literature for the same are poked for being an intellectual. Since day one, the Hindu organizations that have been losing the narrative battle are yet to realize its importance. Their silence in the Bengal violence to gain ‘Sabka Vishwas’ is seen as a symbol of being weak and lacking conceptual clarity. The Hindus are now looking at leaders like Yogi and Himanta who have not been molded by the mold of RSS but are more Hindutvavadi than the Sangh. Himanta through his policies has given a clear message that appeasement politics won’t work anymore. It is now up to the Central leadership to follow the pattern.