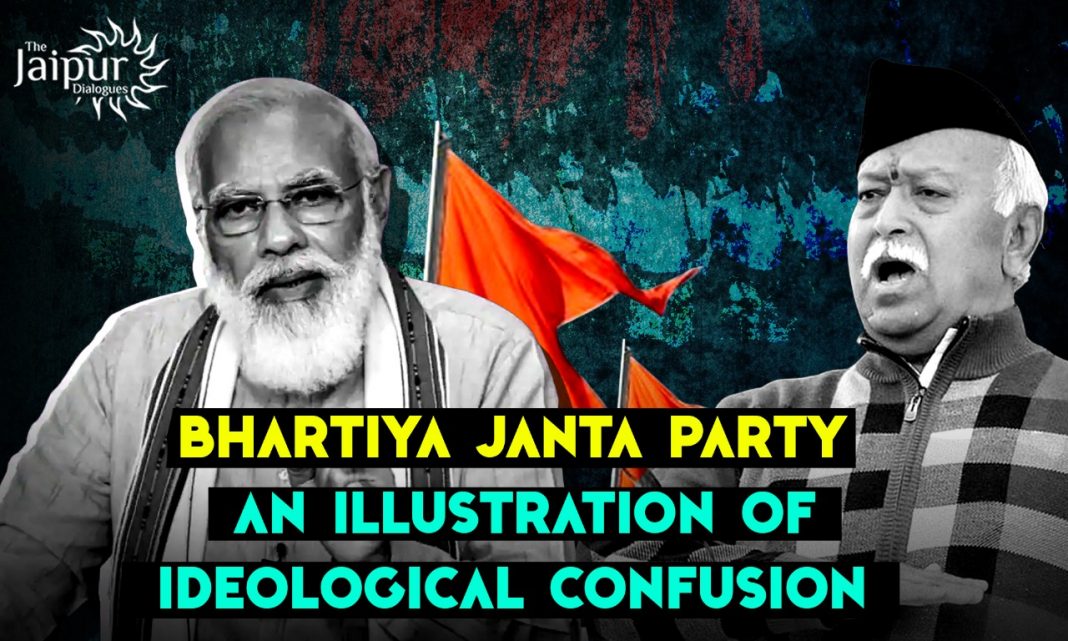 India had a long civilizational battle for the past 14 centuries. The enemy kept knocking on our doors time and again. We lost our independence first to the Islamic invasions, and later to the British rule because we lacked Shatrubodh. We never really studied the mentality of our enemy. But what we learn from history is we learn nothing from history. After losing a huge territorial chunk to Afghanistan, Pakistan, and Bangladesh over the years, the Indian state and to be precise the BJP has still not realized the threats to this civilization. The BJP is still lacking the Shatrubodh to tackle the Global attacks on our civilizational values.

The Third rule for Radicals given by Saul Alinsky says “Whenever possible, go outside the expertise of the enemy.” Look for ways to increase insecurity, anxiety, and uncertainty. This Rule has been the most used tactic by the Breaking India forces to bring Bhartiya Janta Party to its knees. The BJP kept on appeasing them without realizing that Appeasement never results in gratitude, it only breeds contempt of the appeaser in the appeased. The Inaction in Shaheen Bagh led to Delhi Riots, the Inaction during Farmer protests led to the Republic Day Violence, the Inaction during Bengal elections led to a Hindu Pogrom Post-Polls.

The reason behind this abdication of responsibilities is- LACK OF SHATRUBODH. The BJP as a party has generally been Anti-Intellectuals since its initial days. The party takes pride in saying that we’re not a party of “intellectuals”, but a party that works on the ground. Of course, the Street Power is necessary, it’s the only thing that can win elections. But what’s the use of this power which cannot save its Karyakartas, or its capital? The 21st Century battle is that of Narrative. The BJP cannot win this battle by Anti-Intellectualism, and it certainly cannot win this battle if it does not study the tactics of its enemies. As Sun Tzu said, “Keep your friends close, but your enemies closer”, the BJP needs to have a closer look at the methods of the Global Islamo-Left cabal and stop playing into their toolkit.

Considering the recent reactions to the Dharma Sansad in Haridwar, the BJP leaders were quick to respond against the “Communal” Speeches given in the Sansad, but no one went ahead and took any action against Tauqeer Raza who threatened a Hindu Genocide. The BJP, which was the only political party that grew outside the Congress and started with an ideology and language of its own has tended to shed its ideological identity. It has progressively picked up India’s prevailing political parlance and has started collapsing under the weight of certain words which the Leftists have heaped upon their heads like ‘Fascism’, ‘Hindutva Majoritarianism’, ‘Anti-Minorities’ etc.

To get into the good books of the Left, the BJP arrested Yati Narsinghanand and Jitendra Narayan Tyagi for their alleged “Hate-Speech”. But what exactly was hate speech? Don’t Hindus have the right to their self-protection? Or shall the Hindus surrender to the Mobs as Gandhi wished for? The BJP in its silly craze to justify its loyalty to the Neo-Prophet (Mahatma Gandhi), has forgotten that Dharmaniti cannot survive without Danda Niti. As Kautilya said, “The relation between two states are the relations of war, where the strength of lion prevails.” The Party has forgotten that Political actions ought to be evaluated by political standards and not by Gandhian Ethics.

The other major dent being done to the cause of Hindutva and Nationalism is by the IT Cell of BJP. The Cell which thinks that the Party’s interest is National Interest starts calling out names to any dissenting voice against the party. Any person/ Any Dharma Guru who talks about the Free Temple Movement or the defenseless state of Hindu society against the violent mobs is called an agent of Congress or a ‘Vote Kathua’. As Savarkar observed in Hindu Rashtra Darshan decades back, still stands true- ‘Get looted, but don’t report; get stabbed, but don’t shriek; get repressed as Hindus but don’t organize to resist it as Hindus; or else you will be damned as traitors to the cause of our Indian nationalism.’

The Mobs who targeted Delhi during the Shaheen Bagh Riots and later during the Republic day parade needed a stronger response from the Government. In a Democracy, only the State can have a monopoly on power, but BJP seems far distant from that principle. Like any other party, the BJP has also shown a soft corner for the aggressors without healing the pains of victims in the recent violent incidents in the past 2 years.

The Party which at one point said that Savarkar was their Hero, has now made Gandhi their Prophet. It does not understand that the policies of Gandhi do not work on the enemy. These tactics have failed once and they will fail again. Gandhi lacked Shatrubodh and so does the BJP. The Muslim Rashtriya Manch (Muslim Wing of RSS) which was made with an intention to attract the Muslim voters to the party, recently made a statement that Muslims are more secure under the BJP rule as compared to other parties. The BJP considers their welfare while others consider them as Vote Banks. The BJP and RSS are yet again trying to appease the audience who would never vote for them. As Sitaram Goel, rightly said in ‘How I Became a Hindu’-

“I have heard people from the Sangh Parivar saying quite often that the Congress does not know how to treat the Muslims. They go about telling the Muslims that while the Congress views them only as a vote bank, the Sangh Parivar honors them as human beings and honest Muslims. They are appealing to the Muslims to rally around the BJP flag. I am reminded of a Chinese story. A landlord was in the habit of strangling his wives. Every time he strangled a wife, another woman came forward to marry him. When people told the new ones the number of women he had already strangled, every one of them replied, “Oh! They didn’t understand the old dear.” And every one of them got strangled in her own turn”