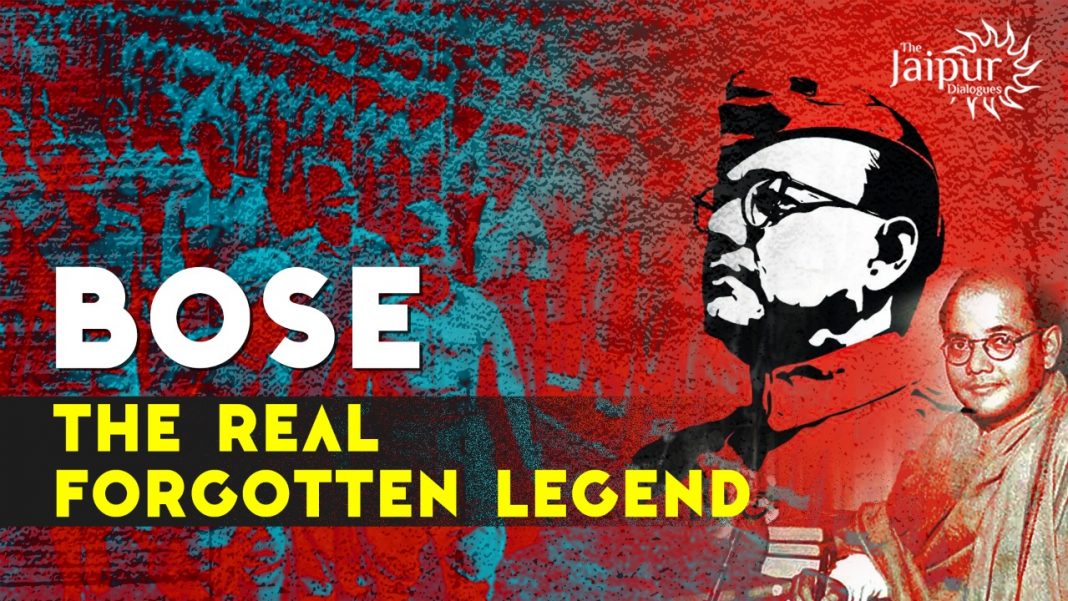 Subhash Chandra Bose was a man of grit, determination and an indomitable spirit. He was a man who took realistic steps to achieve the goal of Indian Independence. Like many other unsung and forgotten legends, the man was never given the respect and recognition that are due to a legend. Bose, like Bhagat Singh, Azad, Savarkar, et al, was relegated to pages of history, the primacy being accorded to Nehru & Gandhi.

How many of us can distinctly remember the importance of the date, 23rd of January? With the growing consciousness amongst people, our heroes of independence are getting their due recognition. As commented above, Subhash Chandra Bose was relegated to the footnotes of history. Bose was not only a freedom fighter but a man with futuristic vision, steely resolve, firm goals and ideals.This mental strength was complemented with his intellectual prowess, self-confidence and valor. Fondly called Netaji, Bose to put in perspective, was an intellectual giant, an institution in his himself. His vision was to build a nation based on progressive human values and virtues. Such was the passion he evoked, that he created an army of volunteers, who were ready to sacrifice their lives at his one call.

This year we shall be celebrating the 75th year of Indian Independence (Azadi ka Amrut Mahotsav) and a lot of dust settled on the pages of history needs to be wiped off. Our Independence struggle wasn’t won by the efforts of a man or two, but was a collective effort of innumerable selfless people from all over India, who sacrificed their lives for this cause. One such great personality was Subhash Chandra Bose, but why is it necessary to talk about him today? Because it is high time that we Indians must understand that who the real freedom fighters were? Who actually played a constructive role in creating an India that we see today? Let’s shed light on few important accomplishments of him and how they translated into setting the ball of our Independence into motion.

Bose was born into a wealthy family in Cuttack, but never got accustomed to the luxuries and comforts of his life. At the behest of his father, he cleared the ICS exam but didn’t join it, as the goal of his life lay elsewhere, i.e. Independence for India, and that wasn’t possible by being a loyal servant of the Britishers. Bose was a warrior and a go-getter from the beginning and embraced the independence movement wholeheartedly by dedicating his entire lifetowards it. He awakened the nationalists by coining the slogan, “Give me blood and I will give you freedom” and ‘Jai Hind’ this led to people lovingly call him as ‘Netaji’. Bose’s struggle for Independence was not limited to Indian Territory but stretched across International borders and he gained awe and respectfrom other leaders.

Netaji made innumerable contributions that ultimately heralded India’s freedom, the same was reiterated by Clement Attlee, who gave the credit to Bose instead of Gandhi. Bose joined the Indian National Congress in 1921 and started a newspaper called as ‘Swaraj’. Post that he was appointed as the President of the All India Youth Congress and also the Secretary of the Bengal State Congress. He became the CEO of the Calcutta Municipal Corporation in the year 1924.

Bose was an advocate for complete Independence or ‘Poorna Swaraj’, he was of the view that force should be used to achieve independence, if the need arises. But this was in absolute variance to what Gandhi preached.  Bose initially shared a close bond with Nehru as both advocated Socialism, this led to both the youth leaders gaining immense recognition and popularity amongst the party members. However, things took a turn when Nehru gradually drifted towards Gandhian principles and Bose started facing troubles within the party as his ideals clashed with that of Gandhi and his supporters. At the beginning of the Second World War, Bose protested against the Government for dragging Indians into the war before even consulting them once, because for him Indian interests were paramount. He was also arrested, when he organized multiple protests throughout Calcutta for the removal of the monument which memorialized the Black Hole of Calcutta.

The passion that he had for helping India achieve its Independence is unfathomable and can be understood from the following incident, ‘Jabalpur in Madhya Pradesh had a major contribution in the life of Netaji. The banks of the Narmada transformed his life. The Tripuri Congress session was held from March 4-11, 1939 in Jabalpur. Despite poor health, Netaji had arrived on a stretcher to participate in it. Thereafter, he came again to Jabalpur on July 4, 1939 to form the Forward Bloc. The people of Madhya Pradesh have a deep relationship with Netaji. In every town of the state, there’s a ward in his name. Subhas Chandra Bose’s message to his colleagues was: “Success may be distant, but it is imperative”. Bose used to say, “If a person is not obsessed, he can never become great. But he should also have something else inside him.” Bose is credited with giving global identity to the Indian leadership. Earlier, Swami Vivekananda had enlightened the world about India’s spiritual and cultural superiority and identity.’

Not one to take things lying down and being subjected to the British shenanigans, Bose started building contacts with leaders in Germany and escaped from India to gain support from the Axis Powers. Bose met Adolf Hitler in Berlin. The idea being to wage an armed struggle against Britishers.He founded the Indian Legion consisting of 4500 Indian soldiers who were in the British army and were taken as prisoners by the Germans from North Africa. Disillusioned with the tepid response he got from Germans for Azad Hind Fauj, he left for Japan to revive the Indian National Army. INA or the Provisional Government for Free India was established as a government-in-exile with Bose as its head, and it was headquartered in Singapore, then a British territory.

The imperial Japanese army was fully supported by INA in their invasion of northeast India and also took control of the Andaman and Nicobar Islands. But, they were forced to retreat by the British forces following their loss post the Battle(s) of Kohima and Imphal in 1944.On December 30, 1943, Subhas Chandra Bose, the first Head of State for Undivided Independent India, hoisted the flag in the Andaman and Nicobar Islands.

All of these are pointers to the fact that Bose was a farsighted leader who had the vision and ambition to achieve what he had determined. He was an astute diplomat maintaining great personal rapport with people and leaders of different countries, especially when the then administration far from being supportive was on the contrary hostile.

It is high time that Bose be accorded the place he rightfully deserves and that our future generations should be made aware of his contribution to our Independence struggle. In a recent development, the family of Netaji recently requested PM Modi to print his photo on our currency notes. This is a step in the right direction because Independence was a collective struggle of all and did not belong to one person, one family or one community and hence, equal representation for all is imperative.

Recently, the Central Government issued orders to initiate Republic Day celebrations from 23rd January instead of 24th January, as was done previously. This change has been incorporated by the Central Government to incorporate Bose’s Birthday, earlier known as Parakram Diwas into the fold of celebrations. PM Modi in a recent communiqué stated that Bose’s statue will be installed at India Gate and that shall undoubtedly be a fitting tribute to the sacrifices and endeavors undertaken by Bose towards our Independence struggle.

Series of such encouraging steps shall have to be undertaken towards building a Bharat which is known to respect and remember all the martyrs who sacrificed their lives for its Independence and undoubtedly it shall be a fitting tribute for Subhash Chandra Bose, who still continues being a national Hero for all of us.