Bir Chilarai of the Koch Dynasty 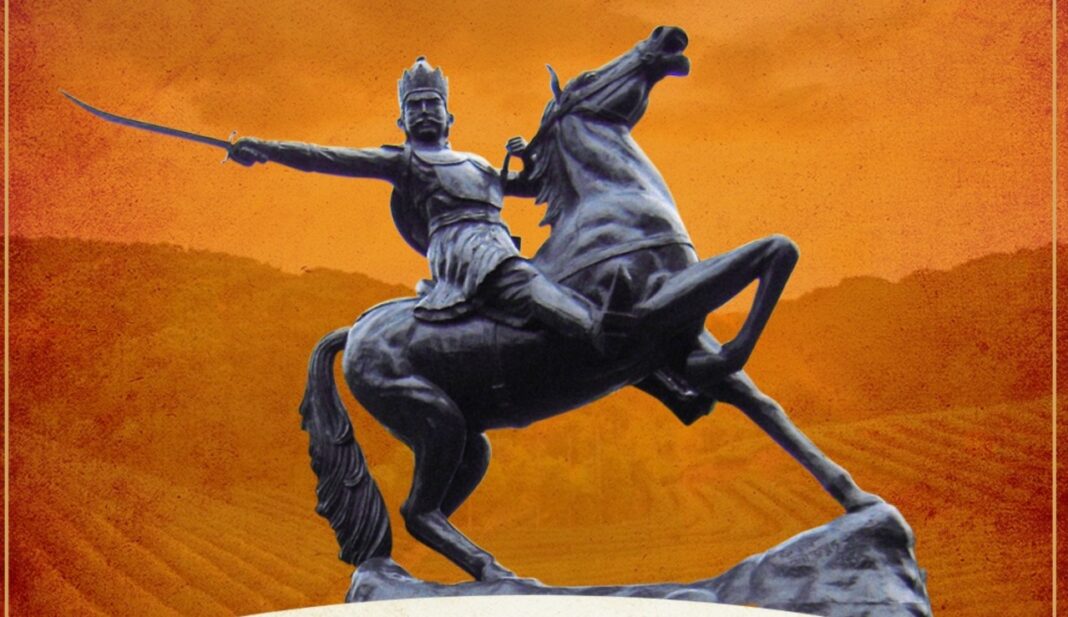 Swift like the majestic kite (Chila) soaring the skies when it came to his war tactics, the third son of Maharaja Biswa Singha, the founder ruler of the Koch Dynasty (established in 1515 AD), Shukladhwaj went on to become a symbol of valour and patriotism across the nation and his birth anniversary came to be established as the “Bir Chilarai Diwas” five centuries later. His bravery inspired the “Bir Chilarai Award”, conferred by the Government of Assam for individuals displaying highest bravery. 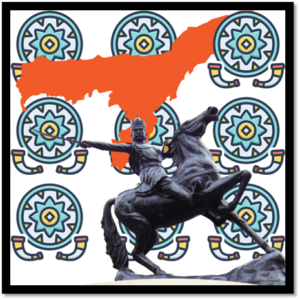 Maharaja Biswa Singha had many sons but four of them outshined and the “Kite Prince” was one of them. Born in 1510 on a full moon, he was named Shukladhwaj and was the General and younger brother of King Nara Narayan, holding the credit for the expansion of the Koch Dynasty of Assam. It is named after the Koch community and emerged as the dominant ruling house in the Kamata kingdom in 1515 following the fall of the Khen dynasty in 1498. The Kamata Kingdom, also known as the Royal Koch Dynasty, ruled regions in the eastern part of the Indian subcontinent, primarily the regions of Assam and Bengal. The western part of the formerly-existing Kamarupa Kingdom as well as other areas of south Assam were quickly taken by the first of the Koch rulers, Viswa Singha, and his sons, Nara Narayan as the succeeding king and Chilarai as the general. 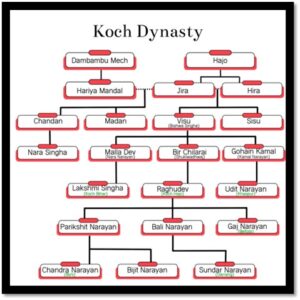 Divide of the Dynasty:

For the first time, the family split into two powerful branches that ruled over Koch Bihar and Koch Hajo. Koch Hajo came under the power of Ahom and was ultimately absorbed, whereas Koch Bihar became a vassal of the Mughals. During British rule, Koch Bihar developed into a princely state that was absorbed after Indian independence. The Kachari kingdom is where the Khaspur branch of this dynasty’s third branch vanished. Chilarai played a crucial role in protecting and sheltering Srimanta Sankardeva and marrying his niece Kamalapriya (alias Bhubaneswari). Sankardeva was only able to create the Ek Saran Naam Dharma in Assam and bring about his cultural revolution because of his Royal Patronage. Koch Hajo’s separation from the parent kingdom was achieved via the efforts of his son and grandson.

Chilarai, a skilled military tactician, led the army of Koch monarch Naranarayan, his older brother. The Koches under Chilaray’s leadership were able to seize control of Ahom’s capital, Garhgaon, in June 1563.

A number of kings, including the Khasi leader Viryyavanta and the then-Raja of Manipur, submitted to the Koch army.

The Jaintia Raja, as well as the Rajas of Tippera (Tripura) and Sylhet, were all defeated and slaughtered by Chilarai and his army. According to legend, Chilarai never used excessive force against defenceless commoners, and even monarchs who submitted were respected. He also effectively adapted guerrilla warfare before Shivaji, the Maharaja of the Maratha Empire.

Chilarai also focused on preserving tradition, both religious and cultural. After a Muslim invasion by Afghan ruler Sultain Suleiman Kararani, the Kamakhya temple in Guwahati was damaged by his commander in chief, Kalaphar, Chilarai took it upon himself to  repair it. An important Shakti Peetha, the temple of Kamakhya draws tens of thousands of worshippers each year. Chilarai and his brother, King Nara Narayan also supported the great Vaishnavite movement of Sankaradeva. Another ruined temple at Hajo in Assam was later reconstructed by his son Raghu Deb. Nar Narayan eventually acknowledged Chilarai as the monarch of the Brahmaputra’s northern banks. During his campaign, he also erected a temple at this location.

Another conflict sprang out in 1568 AD when Nara Narayan attacked Gour, which was governed by Soleman Karnani. However, he was forced to concede defeat this time around when army commander Kalapahar took Chilarai.

As soon as Akbar, the Mughal emperor, asked him for assistance, Nara Narayan assaulted Gour for the second time. When they invaded Gour, they formed an alliance with Sisya Singha Raikat and Debraj, the king of Bhutan. Chilarai conquered Ghoraghat and took control of the entire Gour region. Nara Narayan and Akbar divided the country after conquering King Gourpasha. Chilarai, who was suffering from smallpox, passed away on the banks of the River Ganga during the second invasion of Gour. This led to the great Assamese commander-in-life, chief’s which Indian history had mostly neglected, coming to an end in 1577. Combat ceased. The Koch kingdom reached its pinnacle thanks to Chilarai’s valiant achievements.

Five centuries later, the life of Bir Chilarai is celebrated in the annals of heroic valour. Though history did not grant him the attributes earlier, he is today the symbol of bravery, heroism and patriotism!