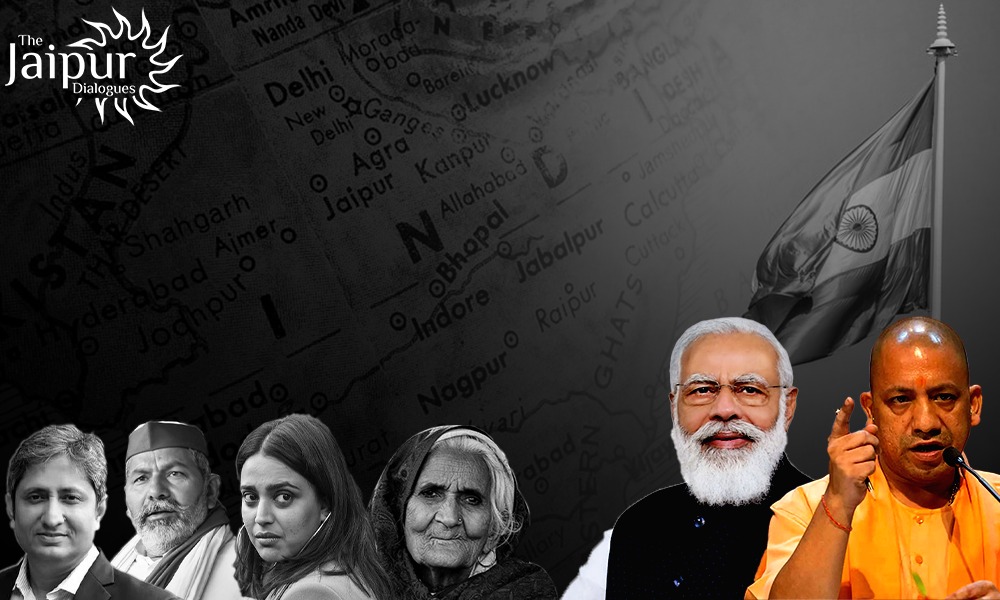 When Narendra Modi assumed his office as the Prime Minister of India in 2014, there were
scholars who defined this phenomenon as the rejuvenation of the nationalist stream in
India. A vast section of society was anticipating a full stop on the discrimination which they
were facing for decades for being a non-Muslim in this country. On the other hand were the
people who had run their own parallel government since independence and were in
apprehension of losing their veto power. With ‘Minimum Government, Maximum Governance’ as his priority, Modi started working like a statesman does. In his first term, dozens of policies and schemes got introduced which had reached to every deserving recipient irrespective of caste,creed or religion. Like Gujarat, inclusive development was Modi’s primary objective for the nation with ‘Sabka Saath,Sabka Vikas’ as its slogan. This was a tight slap for all those personalities who called Modi’s advent as the rise of majoritarian extremism in the country. Inspite of these testimonies, Modi’s first term witnessed the birth of ‘Award-Waapsi’ brigade and the creatures who suddenly started feeling ‘unsafe’ in India. Along with the Bollywood’s bunch, the Islamo-Leftists media/intellectuals were the primary faces of this continuous rant.

Their baseless opinions could not stop Narendra Modi from a yet another electoral victory
in 2019. This phase turned out to be full of surprises with laws against triple talaq,
abrogation of article 370 and the long awaited verdict of the Ayodhya case in favour of
Hindus. Lot of people were chanting about the cordial Hindu-Muslim relations. They were in
the illusion that Muslims accepted these changes comfortably. But, all this turned out to be
the silence before the storm when the country saw widespread havoc after the enactment
of the Citizenship Ammendment Act (CAA). This was the result of the anger which was
building up inside the radical elements since May 2019. Muslims of India again showed
loyalty for the concept of ‘Umma’ when they stood against the government of India because the CAA disallowed the grant of Indian citizenship to the Muslims of Pakistan, Bangladesh and Afghanistan. They organized riots in Delhi and did their best to tarnish the global image of India. Women and children were used as publicity tool in Shaheen Bagh for drawing the attention of global media. The same bunch of Bollywoodians and Islamo-leftists were involved in supporting these events of Shaheen Bagh and JNU which were basically anti Hindu campaigns. Their dreams of weakening the union government got shattered as Modi and company refused to surrender.

These voices were also active during the Covid-19 pandemic. They doubted the ‘Made in
India’ vaccine and questioned the abilities of our doctors. They also mocked the attempts
of Prime Minister which were taken for uniting the country in a difficult period. Inspite of having much smaller population than India, USA and the developed countries of Europe were in far more dubious situation but the pictures of dead images were highlighted in the media for deteriorating government’s image.

The nation again saw similar kind of well sponsored ‘protest’ when the borders of Delhi got
occupied by the so called farmers against the three farm laws passed by the Indian
parliament. Khalistani elements infiltrated into the protests and occupied the Red Fort to
unfurl a flag other than tricolour. Blockage of the highways is not only creating a trouble for
the taxpayers but also impacting the Indian economy in a negative manner. According to
Assocham, interconnected industries are suffering a daily loss of about Rs 3,500 crore
because of the transport disruptions by the protests. Supply chain disruptions are also
leading to an increase in the retail prices of fruits and vegetables. The Uttar Pradesh
legislative assembly elections are around the corner and the opposing forces are very
confident after their victory in West Bengal. The opposition is trying its level best to exploit
the ‘Kisan Aandolan‘. Yogi Adityanath is their prime target as none of their protests got
momentum in Uttar Pradesh due to the strict law and order under Yogi government. The
opposition is now trying to portray weak law and order situation in UP by highlighting the
unfortunate incident in Lakhimpur Kheri. These allegations aren’t going to stop here and
will continue till next UP elections. The general public needs to sense the motive behind
these developments before getting in the trap of the opposition.