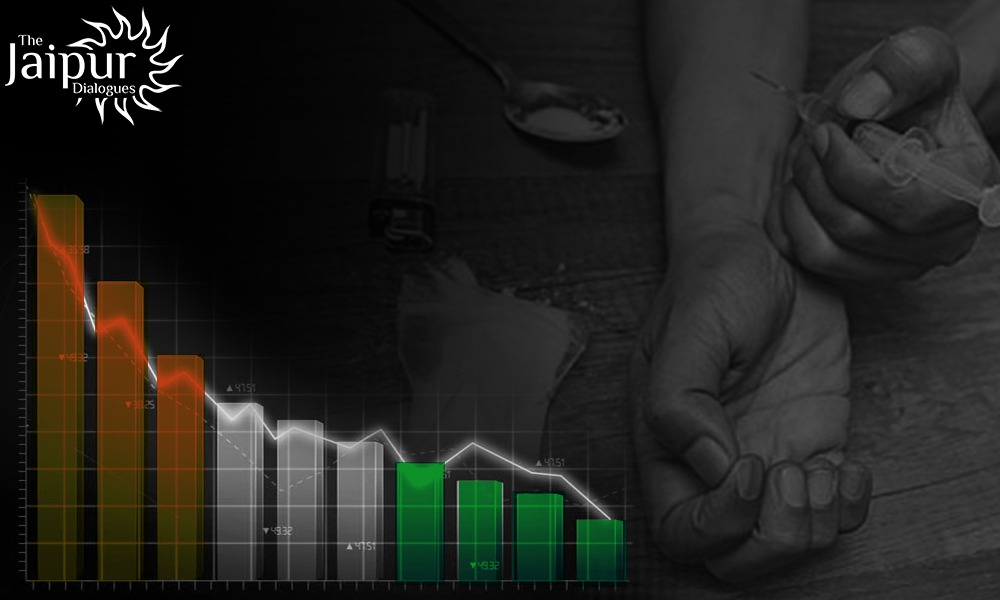 With over 1.35 billion people, India is the second largest country on the planet after China.
According to an estimate, India will overtake China’s population by the year 2030. India has more than 50% of its population below the age of 25 and more than 65% below 35 years of age. This makes her one of the youngest country globally. The average age of an Indian is 29 years, compared to 37 for China and 48 for Japan. Due to the availability of tremendous young labour force, India has been forecasted as a great prospect for the 21st century by multiple scholars. This is evident from the attitude of the multi-national companies which are heading towards India due to the availability of cheap manpower. Today, India is also known for being a factory of talented engineers and doctors who not only give their services in this country but also act as Indian flag bearers in different parts of the world. Every seventh doctor in the United States of America is of Indian origin while the United Kingdom has an estimated 60,000 doctors of Indian origin working within the National Health Service, often referred to as the backbone of the country’s health service. For being a global power, Indian talent is very important for shaping up the future of her economy. But, what if this precious youth power gets into the grip of intoxication? This is the desire for which Pakistan is working continuously for years. The surrender of 1971 followed by the defeats in Siachen and Kargil had clearly dictated the Pakistani establishment that they cannot defeat India militarily. So, they started the game of proxy war fifth generation warfare against India. Drugging(Drugs) the Indian youth is a part of this masterplan.

Afghanistan is the world’s largest producer of opium, according to the United Nations Office on Drugs and Crime (UNODC). Its opium harvest accounts for more than 80% of the world’s supply. In 2018 the UNODC estimated that opium production contributed up to 11% of the country’s economy. Opium production and trafficking are known to have funded Taliban’s terror activities and insurgency. These drugs flow into India via the route of Pakistan with the assistance of ISI and its military establishment. Pakistan too is known for opium cultivation and its processing into hashish, or charas. Pakistan along with Afghanistan and Iran makes up the ‘Golden Crescent‘ – a term used for this area because of its extraordinary opium production. India is also facing a similar problem on her eastern front where there is a huge influx of drugs which come from the ‘Golden Triangle’ – the term for the region of Myanmar, Thailand and Laos. Most of the world’s heroin gets traded from this area. Drugs produced in the ‘Golden Triangle’ enter India through Mizoram, Manipur, and Nagaland from Bhamo, Lashio, and Mandalay in Myanmar. After its entry into India, the drugs are supplied to the states through peddlers.

Drugs has already caused destruction among the youth of states like Punjab and this addiction is sharply increasing in the urban and rural centres. In 2020, 18 of Punjab’s 22 districts were in central government’s ‘most drug affected’ list. Use of drugs has become a trend in the Bollywood.

The silver screen stars are ready to pay any sum of money to the peddlers for getting the desired material. According to the Magnitude of Substance Abuse (2019) survey, about 2.1% of the country’s population (2.26 crore individuals) uses intoxicants of some type.

With the growing menace of narcotics, India is facing the danger of narco-terrorism in which drug traffickers and peddlers further their illegal and disruptive activities using the drug money. It is a vicious cycle where the money made out of these drugs is later used for spreading terrorism in India. Indian state needs to come out of this for the protection of its youth from the evil addiction of drugs. According to the UN report, use of drugs has increased by 30% in the last decade. National Crime Records Bureau statistics tells us that drug abuse is one of the big reasons for many of the suicides in India. Growing drug culture is not only responsible for the premature deaths but also for the degradation of the Indian society. Inspite of the occasional raids, the Indian agencies are still not able to get the origin point of this syndicate. It is a matter of utmost concern that these drugs are getting into the Indian territories inspite of ample security arrangements. This also raises questions about the internal corruption which needs to be investigated firmly. India has to accumulate its youth power for the right cause or we will lose the opportunity of being a global leader.