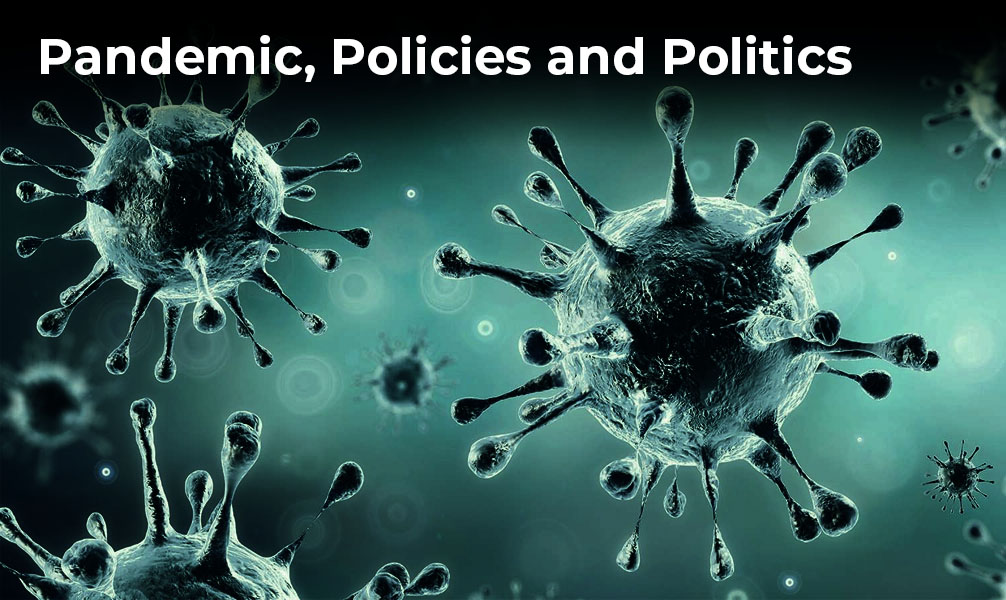 The coronavirus that emerged from Wuhan in 2019 has almost consumed 2 precious years from the lives of people. India has had a comparatively better response in the first wave of the pandemic and managed to control the situation pretty well as compared to the global superpowers. In the first wave, India had a comparatively low fatality rate, low positivity rate and a higher testing rate. The situation of bed shortage and PPE kits shortage was also dealt with swiftly in the last year.

The first wave peaked during mid-September and the cases started coming down to a point where India was having just around 1.5 Lakh active cases and a daily addition of 8-10k cases. The graph was further expected to come down and some of the scientists were even predicting that India might tide over the virus by March 2021. However, with the decreasing number of cases, people also started relaxing with norms. The use of masks reduced significantly post Nov-Dec 2020. People started attending functions and events in large numbers, political rallies and roadshows were conducted on a large scale by all the parties in the 5 poll-bound states, and all the covid protocols were going for a toss. Just when it was expected that the covid tally would go down further, the carelessness of people and politicians served as a triggering mechanism to the 2nd wave.

The political parties were equally responsible for the worsening situation in India. Some were conducting huge rallies in Kerala, some in Bengal, while some supported the Middle-men protest on the Delhi border. The rise in the count is to be equally blamed on all the political parties. However, what we see in mainstream media is whatever happens anywhere in the country, the first thing the media questions is ‘What is Modi doing about it?’ irrespective of the fact that whether the subject lies in the jurisdiction of centre/ state / Panchayat. Whatever happens in India, blame it on Modi. While we saw the alacrity of the media in blaming BJP for rallying in Bengal, we could not see the same enthusiasm for targeting Congress in Kerala, even though Kerala was contributing 2nd largest number of cases in India after Maharashtra. The same condition was also visible in Bengal. While the roadshows of Amit Shah and Yogi Adityanath drew critical comments from the media, the rallies of Mamta were projected as resistance to save federalism in India.

With the biased reporting on one end, the other important trend seen in the 2nd wave was the politics played by the underperforming states (which are mostly non-BJP states) to shift the blame on the Centre. This fetish of blaming the centre and creating an image in the state that, the Local State government was doing whatever it could, but the centre is not helping is a total farce argument. States like Delhi, Maharashtra and Chattisgarh have been at the forefront in playing this new game of ‘Not me, but Centre’. Delhi and Maharashtra have contributed to almost 40% of the daily cases in the 2nd wave. Maharashtra which has been in news since the inception of the pandemic for its mishandling has even helped the TRP hungry media to juggle the news between corruption, extortion and Covid. Maharashtra accounts for 8% of the total population of India but contributes to around 30% of the total cases and 34% of the total deaths. Yet, Bollywood was busy defending the Maha Vikas Aghadi Sarkar and even went on to call Uddhav Thakre as ‘Best CM’, even though Maharashtra was in no shape to handle the pandemic. Delhi on the other hand has seen a very inactive Chief Minister. While Delhi was facing shortages of beds and oxygen, the CM of Delhi was busy advertising his image on the media. According to reports, the Kejriwal govt. spent around 150 cr in the first 3 months of this year on the advertisement. While doing so, the Chief Minister (More correct term- Deputy LG) was also not getting over his politics. While his incompetency to produce oxygen in Delhi was creating a shortage, the other oxygen surplus states like Odisha were supplying oxygen to Delhi, but the Dy LG was supporting the Middle-men on the borders of Delhi to block the roads to enter Delhi, which in effect delayed the process of oxygen supply even more.

The other Chief Minister seen in the news lately was the Chattisgarh CM, Bhupendra Baghel, who openly promoted Anti-Vaccination propaganda, skipped the Prime Minister’s meetings when the PM was advocating to prepare for the 2nd wave, and Mr. Baghel was later seen complaining that the centre had not warned us about the 2nd wave. There has been a consistent attempt to blame the incompetency of the local state government on the centre. What does ‘Centre had not warned us’ mean?. Doesn’t the state government have resources? Can’t the state government monitor? Doesn’t the Chief Minister read basic news? And the question is, if everything needs to be done by the Centre, what are we electing the state governments for? In the 7th schedule of the constitution, Health is mentioned under the state list. Do the Chief Ministers know about it? Or even this needs to be taught by the Centre through a crash course?

The 2nd wave is a tough time for the entire country, and the cases have surged in a short span of 2-3 weeks. No one expects the governments to be exceptional, but we at least expect the bare minimum governance to save the lives of people. If the political parties keep politics over people, on the judgement day, when the voter reaches the booth, he will show that he knows how to play the game better. Power is a temporary phenomenon, what is important is to create goodwill among people. Naveen Patnaik, who is a Chief Minister of a moderate earning state, has set up oxygen plants to make Odisha an oxygen surplus state. Today the Odisha government is exporting oxygen to all the neighbouring states and the states that require it. Assam which is again a moderate-income state has declared itself to be an oxygen surplus state. If states like these can do it, why not Budget surplus UT like Delhi or the Engine of our economy Maharashtra?

Even taking on the issue of the 2nd phase of vaccination, the so-called BIMARU states like UP, Bihar have declared free vaccination to everyone above 18, while there has been no such confirmation yet by neither Maharashtra nor Kerala who were hailed for their response to the Covid situation initially.

The covid management is not a competition, but the media should try to be unbiased in its reporting. It should not blindfold itself by the ideology/ the ad income. The pandemic is deadly and in these tough times, we should stick together as a nation keeping our politics aside. This is not the time to air our dirty laundry in public. Centre and states should try to co-ordinate to reach the common goal of the welfare of our people. State Governments should be proactive and try to establish a good communication link with the centre. There have been recent examples such as that of the Delhi Chief Minister Arvind Kejriwal, who tried to go live with the private conversation between him and the PM. Such sensationalism should be avoided in such times. Politics comes secondary, people come first. We should try to be more humane in our approach and keep our ideologies aside. There is still time to adopt corrective measures before more jobs are lost, before more lives are lost, before people lose out on hope. It is time to get our things together and work for the nation. If we don’t, the memory of voter is quite sharp. The voter is not the media to forget things in 2 days with some breaking news. The people indulging in the politics of Centre and States have blood on their hands, if they still don’t get their act together, they might as well have a bloody nose in the next elections.