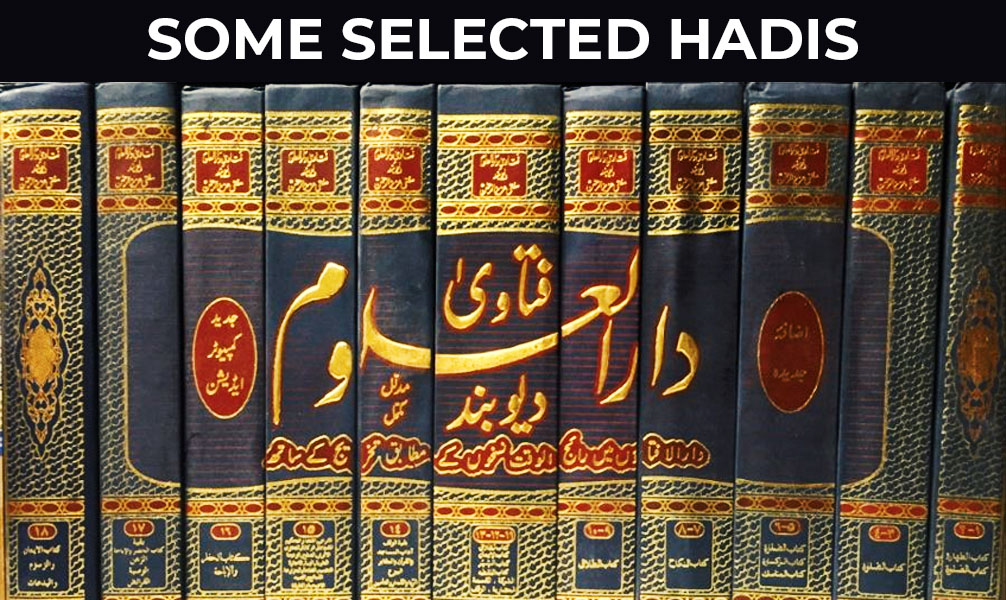 While there are a lot of misconceptions about Islam being a peaceful and an egalitarian religion, here is a list of some selected Hadis from Sahih Bukhari and Sahih Abu Muslim that portray the real face of Islam. Sunni Muslims view these two Hadis as the most trusted collection of Hadis. The word Sahih translates to authentic.

Go through these selected Hadis to get a preview of Islam.

Disclaimer: Read the verses only if you’re ready to get your preconceptions shattered.

B 1,8,387: Allah’s apostle said: “I have been ordered by Allah to fight the people till they say that none has the right to be worshipped except Allah”

B 1,6,301: Women are deficient in religion because they are equal to only half of a man

B2,26,594: Jihad is one of the best things a Muslim can perform. Better than Haj

M020,4712: Man who dies without taking part in Jihad, dies a hypocrite

B4,52,142: Jihad cannot stop until all of the world has submitted to Islam. All Kafirs’ lives and wealth can and will be taken by jihad. Only those who submit to Islam will be spared. Behead those

B4,54,460: Mohammed: “If a man asks his wife for sex and she refuses, causing him to go to sleep angry, the angels will curse her the entire night.”

M008,3432: Rape with Kafir female allowed even in presence of her husband: Abu Sa’id Al-Khudri relates that while Mohammed was at the Battle of Hunain he sent a detachment to Autas and defeated the enemy there. Although Mohammed’s soldiers captured many females, they were reluctant to force sex with them because their husbands were polytheists. Allah, however, then revealed to them that it was permissible as soon as a woman’s menstrual cycle ended.

B9,83,17: Apostasy: Mohammed: “A Muslim who has admitted that there is no god but Allah and that I am His prophet may not be killed except for three reasons: as punishment for murder, for adultery, or for reverting back to non-belief after accepting Islam

B 9,84,57: Whoever changes his religion from Islam, then kill him

B7,71,592: I [Abu Huraira] was there when Mohammed said, “Black cumin can cure every disease except death.”

B1,8,436: Mohammed: “As long as a person is properly praying and does not break wind, the angels will continue to ask Allah’s forgiveness for you. The angels say, ‘Allah be merciful. Forgive him.’”

B1,9,490: I [Aisha] was told of several things that can negate a prayer. I was told, “Prayer is nullified by a dog, an ass, or a woman that passes before people in prayer.” I said, “You have turned women into dogs.”

B4,54,527: Mohammed: “Kill snakes with two white lines on their backs; they cause blindness and miscarriages.”

B7,72,843: Mohammed grew depressed one day after Gabriel’s promised visit was delayed. When Gabriel came at last, Mohammed complained about the delay. Gabriel said to him, “Angels will not enter a house that contains a dog or a picture.”

[Bukhari 1,7,331] Mohammed: I have been given five things which were not given to any one else before me: 1. Allah made me victorious by awe, by His frightening my enemies for a distance of one month’s journey. 2. The earth has been made for me and for my followers, a place for praying and a place to perform rituals; therefore, anyone of my followers can pray wherever the time of a prayer is due. 3. The spoils of war has been made lawful for me yet it was not lawful for anyone else before me. 4. I have been given the right of intercession on the Day of Resurrection. 5. Every Prophet used to be sent to his nation only but I have been sent to all mankind.