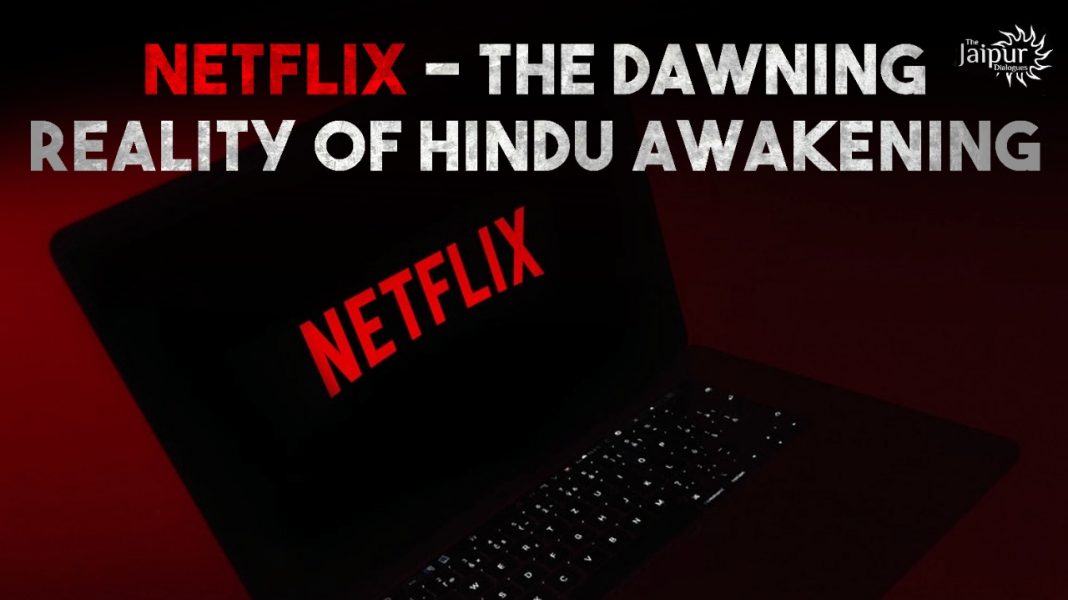 The recent case of plummeting value of Netflix shares has a deeper significance behind it, one of how the Global OTT platforms casually undermine Hindu traditions and values, and this isn’t the way forward.

The initial euphoria caused by the advent of Netflix in India has started to fade away. The reasons are clear enough and a lesson for the media giants to be respectful and conscious of the native sentiments in the markets they operate in. International corporate houses need to appreciate the demands and wishes of the markets they wish to be successful in and tailor their policies accordingly & not try to impose their belief systems on the local population.

Netflix is a case study in itself and needs attention, because it shows the manner how major OTT platforms and media houses need to chart their path in sync with audience sensibilities and respect Hindu sentiments in India. A lot of major global media houses work under a presumption that Hindu values don’t matter and can be taken for granted accordingly, they carry the onus of teaching the importance of secular credentials to Hindus in their homeland. Netflix recently is experiencing a major downfall in their share prices and a lot of it can be attributed to their falling market share in India.

Recently On 20th January Thursday, Netflix co-founder and CEO Reed Hastings expressed his anguish and ‘frustration’ when he conducted an investor call regarding the sluggish growth of the video streaming company in the Indian market. He said, “In our experience in Brazil, it was brutal for the first couple of years. We thought we’d never break even. I know we’ve got this great business… The great news is that in every single other major market, we’ve got the flywheel spinning.” Mr. Reed needs to understand the underlying concept of the value based Indian family system, one thing which creates all the difference when compared to the individualistic and self-focused western society. Netflix followed a flawed and an entirely miscalculated strategy from the very beginning, one which was focused on dumping their ideologies influenced by the global Indic critics and the pseudo-leftist cabal who carried an innate belief of intellectual superiority and were focused on making Indians believe that Hindus and their belief systems were damaging the secular fabric of India. With Netflix releasing shows like Sacred Games, Ghoul, Leila, et al; one thing was common and that was the perpetuated hatred which led to displaying an image of India, that of a totalitarian or a post-apocalyptic India, masterminded by Hindus. They displayed a fictional society, where if one belonged to the wrong religion or held contrarian thoughts could get in trouble, often lethal. From Hindu Babas’ planning a nuclear holocaust or the Indian state officially persecuting and harassing the marginalized Muslims by following caste purity and official misogyny, the list of offensive propaganda channeled by other media houses is appalling.

The list is endless of all the follies committed by Netflix in India, and it is a good lesson taught to the major giants that they shouldn’t challenge the Indian ethos when it comes to dealing with sensitive issues like culture and traditions’. Netflix India became a dumping ground for all Bollywood produced junk which they couldn’t show in the theatres openly. This all was done in the garb of expressing and promoting artistic freedom as well as to voice the inner aspirations of the millennials and the youth….alas!!! What else apart from displaying sexually provocative scenes, using foul language, promoting love-jihad, celebrating drug culture and similar negative practices as a sign of promoting an open and uber independent western culture could be used as a bait to attract the audience. Unfortunately for them, the audience attracted to the false woke culture is minimal and limited to small pockets of India whereas, the majority of the target youth audience, isn’t affected by the content produced by them since they belong to upcoming tier two or three cities, developing towns and semi-urban areas carrying a strong emphasis on familial background and ties.

In India watching T.V. programs, movies and now online shows majorly have been a family based affair since decades and still continues to be so. Hence, this aspect wasn’t factored by these companies and they turned a Nelson’s eye to the demands of the audience, leading to the present situation.

Promoting offensive and denigrating shows like ‘Krishna and his Leela’, ‘Leila’ which shows a dystopian Hindu society, ‘Ludo’ where Hindu gods were openly disrespected and airing comedy shows of comedians like Vir Das who work on creating an anti-India narrative have been massively promoted. To say that they weren’t aware of the brewing discontent is a far from truth, because time and again viewers raised their voices against many such shows on the social media platforms, but to no avail.

What started as a rage with huge expectations, has turned out to be a damp squib, as most of the content streamed here was targeted towards the woke liberals of our society and aimed at generating discontent by pushing the youth away from their roots, by not generating culturally relatable content. Being an OTT giant, comes with its own set of responsibilities because the power to influence the young minds is massive with the reach they possess. A host of other factors like excessive premium pricing in a cost sensitive market like India, ill-designed movies and shows away from specific regional realities and nuances, limited membership options etc. are other reasons as to why Netflix shares have plummeted considerably in India.

Netflix and others need to understand and behave as per the local requirements of the market because at the end of the day they merely are service providers and should not act as self-appointed moral policemen. It’s imperative for not only Netflix but others like Amazon Prime to understand that they simply cannot play with Hindu sentiments in the name of religious freedom and independence of expression; else what is happening today shall become a norm for the future, where these giants will have to bite the dust.