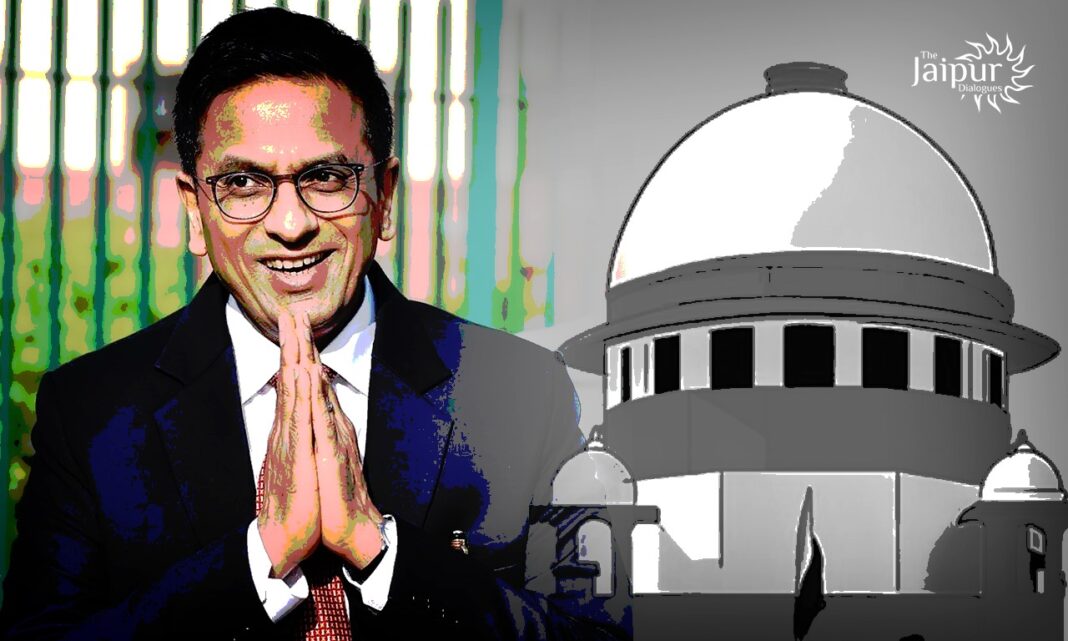 Only a few people in recent history have hogged the limelight like Justice DY Chandrachud. Although the judiciary in India is overburdened, there are several reasons for this. Judicial decisions are expected to be fair and unbiased, regardless of one’s status, religion, caste, or creed. Nevertheless, many of our venerable judges have been attracting all the attention, for various unwarranted reasons.

While judges are supposed to be noncontroversial, they usually overstep their boundaries. These boundaries are blatantly overstepped as far as Hindu rights and beliefs are concerned. Historically, Hindus have been subjected to harsh laws and rules because of their extreme tolerance levels. With Hindu texts and beliefs, everyone is allowed to interpret them as they see fit, which doesn’t happen in other Abrahamic religions. In India, the judiciary must take care not to distort the cultural fabric and ethos of the society by going overboard. 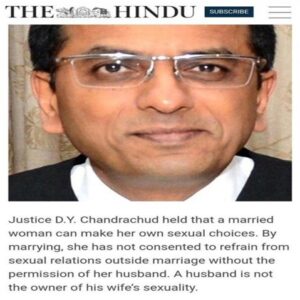 Throughout his career, Justice Chandrachud has made various statements, and many of his judgments have been beneficial to society. His recent remarks about females having physical relationships outside of marriage have sparked controversy.

Feminist-Woke’s Negative Impact On Our Society

The woke culture with its secular overtones has infiltrated our society and systems, but we should be wary of their influence. Justice Chandrachud recently stated that a married woman can make her own sexual decisions. He stated that a woman has the right to have sexual relationships outside of marriage and that her husband does not have the right to control her sexuality. This all sounds good, but is it really good? As a means to limit someone’s rights, it is unquestionably their choice, but this is nothing more than a pointer toward damaging familial and social harmony.

Indian society reveres marriages, which promise love, faith, support, care, and understanding between the partners. To allow such freedoms is nothing more than validating immoral behavior in a society.

A society that pursues extra-marital physical relationships is degenerate and non-committed.

The overt interference of feminists and the woke lobby in our family system is aimed at weakening our social foundation by imposing the failed western culture. The flashy western lifestyle is based on the harsh truth that all that glitters isn’t gold. There’s no respect and love for one another in western society because of dysfunctional families and broken people. In conjunction with intersectionality theory, cultural Marxism has been deliberately imposed in India, in which men are always the oppressors. Women, children, and people of other castes have always been portrayed as oppressed and troubled by the leftist-wokes. An attempt to undermine the social structure by systematically weakening it. With vicious intentions, the secular lobby interferes with family structures with the intent of disrupting them. The left is a power-hungry group that’s determined to capture power to break up society and eventually rule the people. Using a false sense of freedom and expression, the leftist lobby tries to mentally paralyze people.

For a healthy society and an individual, people need to understand, appreciate, and respect existing social structures. Irresponsible behavior under the guise of modernity, freedom, or sexual freedom isn’t sustainable or appreciated for long. One must beware of the traps set by feminist wokes to avoid the mental or physical consequences of the same.