The West has always tried to impose itself upon the Asian cultures, specially in Ancient Bharat by undermining our ancient texts which provided the basics of most scientific discoveries to the world. A group of “experts” and Western Ideologists like Max Muller broke down upon our rich heritage as faulty. However, the Rig Veda has been the basis of a new era of development in the field of science and technology. Science arose from the religious plane during Vedic times. The Vedic people influenced the development of Indian science. Understanding real-world phenomena in a rational and scientific manner began with the study of natural phenomena such as rainfall, the appearance of the sun and moon, seasonal changes, and agriculture. This naturally led to theories about physical processes and natural forces, which are now studied as distinct topics within various branches of physical science. Later advances in mathematics, astronomy, astrology, medicine, surgery, and other fields in ancient Bharat were significant by any standard around the world.

The Sushruta Samhita, written in the sixth century BC, contains 184 chapters that describe 1,120 illnesses, 700 medicinal plants, 64 mineral preparations, and 57 animal preparations. Its author, Sushruta, is also regarded as the first human to perform medical surgery on humans. The book also contains extensive information on embryology and human anatomy, as well as instructions for venesection, patient positioning for each vein, and the protection of vital structures (marma). The oldest documented evidence (9000 years) for the drilling of a living person’s human teeth was discovered in Mehrgarh, along with evidences of orthopedic surgeries.

Around 3200 years ago, in 1200 BC, an Indian queen named Vishpala and her vast empire existed. She lost her leg during a battle alongside King Khelraj. One of her legs was amputated during the battle. Vishpala performed the ‘Ashwamedha Yagya‘. ‘Ashwini Kumar,’ the twin gods, required her penance. According to Hindu mythology, ‘Ashwini Kumar’ was a deity with the body of a human but the head of a horse. The twin gods were worshiped because they used to fly in his golden chariot to aid the poor and infirm. They granted queen Vishpala a boon in the form of an iron leg because they were pleased with her worship and with the help of maharishis and Vedic gurus she had an artificial leg placed. She took part in the battle again and single handedly defeated the enemies.

The First to Recognize the Solar System’s Existence:

While Copernicus is credited with proposing the heliocentric model of our solar system, the Rig Veda was the first to recognize the central placement of the sun and other planets orbiting it in the solar system.

“The Sun moves in its orbit, which is also moving. Because the sun is heavier than the Earth and other bodies, they move around it due to the force of attraction.”

“The sun moves in its own orbit, but holds the earth and other heavenly bodies in such a way that they do not collide through force of attraction.”

Distance between the Earth and the Sun:

The distance traveled by Hanuman is revealed by a word-for-word translation of the same excerpt. 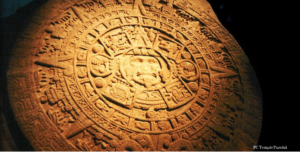 The Indian Vedas Discovered Gravity Before The West:

“This earth has no hands or legs, but it moves forward. All the objects on the planet move with it. The sun revolves around it.” 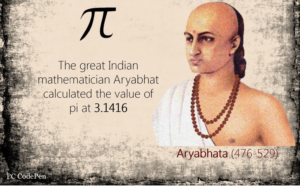 Aryabhata, the great Indian mathematician, worked on approximating the value of pi and concluded that it is irrational and has a value of approximately 3.1416. He accomplished this at the age of 23.

The First to Measure the Earth’s Circumference:

The world is now acknowledging, very reluctantly, the power and advancement of science that our Vedic Age possessed. It is imperative that the Hindus of Ancient Bharat also realise this significance and not only acquaint themselves with this greatness but spread its magnanimity with pride.