Rana Ayyub and the Indian Judiciary 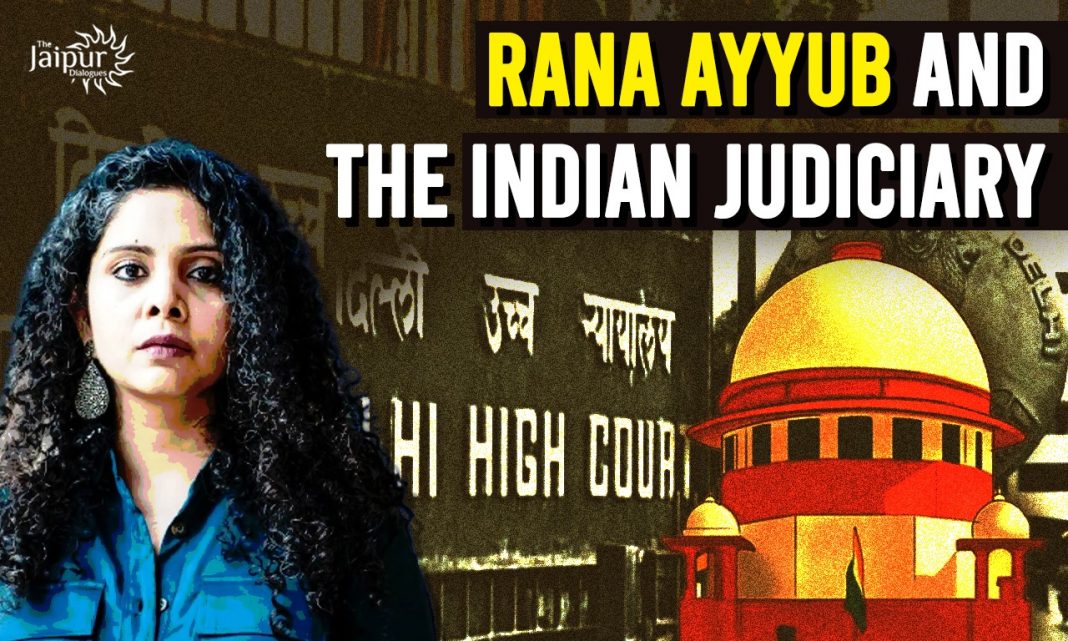 The Indian judiciary is once again in the spotlight, as the High Court Of Delhi has granted approval for the infamous fraud-accused journalist Rana Ayyub to travel overseas. The irony here is that, while she was released after meeting certain conditions, a judge of our Hon’ble High Court of Delhi ruled that the amount of cash misused, which totaled INR 10-12 crores, isn’t substantial enough for her to be subjected to a travel ban. So, what does this mean? Isn’t it wrong to defraud innocent people in the name of charity, particularly during an epidemic like COVID? Also, how is the sum determined, and whether it qualifies as a major fraud or not?

Delhi High Court says that Ayyub has old parents here in India. "Mr. Raju (ASG), its not that the financial frauds run into thousands of crores, they are 10 12 crores", Justice CD Singh says.

Ms. Ayyub was denied permission to travel abroad by ED officials on March 29th, after being accused of financial fraud and violating provisions of the Prevention of Money Laundering Act (PMLA). Though the High Court has imposed certain restrictions on her travel, the question remains: why is there a disparity in treatment meted out to some offenders, where Rana Ayyub is allowed to travel, albeit with some conditions but Subrata Roy Sahara was severely reprimanded and punished, though rightly so?

Law is equal for all, and anyone who commits fraud should be punished fairly and squarely, at least in a free and fair democratic setup.

It is not acceptable to deceive people of their hard-earned money. Most importantly, people in public sphere tend to gain trust of people easily and hence deserve to be scrutinized further due to the easy access they have to public trust and sympathy.

Valid apprehensions were raised by the ASG SV Raju stating the following, “This case is not as simple as what is being portrayed. Rana Ayyub raised funds under the garb of covid relief and money running into up to 2 crores. They have been siphoned off. These were received in INR, Dollars. Fake bills were submitted by her in the name of relief work. A deposit of 50 lakh was created for herself by Rana Ayyub, and 50 lakhs were transferred for personal consumption. A lookout notice was issued much earlier.” The court allowed her to travel abroad by taking a sympathetic view of the same.

In a democratic setting, where the people of a country have placed their complete trust in the judicial system, addressing such sensitive issues necessitates striking a delicate balance between public sensibilities and practical justice, which our Hon’ble judges have consistently delivered on in the past. The people of India have high hopes for justice from the Hon’ble High Court of Delhi this time as well, and rightly so. For the greater interest of society, all parties’ desires to achieve proper justice will undoubtedly be realized.