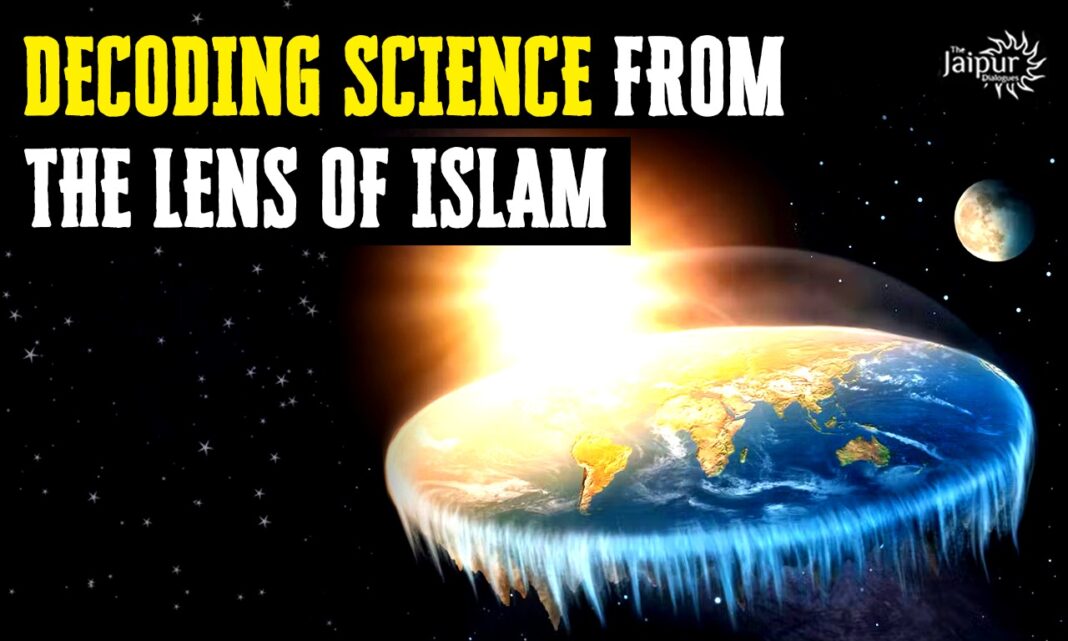 Sanatana Dharma –  Most Scientific and Progressive

We are surrounded by science every day, and it is a part of our everyday lives that is significant, encompassing, and yet intriguing. Whether decoding past mysteries or unraveling future developments, science connects our past, present, and future. Because of its importance in understanding the world around us and everything within it, science has been essential to humanity. A deep connection exists between science and Sanatana Dharma. Regardless of how much it is denied or mocked. There’s a Nataraj statue of Shiva at CERN, symbolizing life force/energy. In what way are they related? Symbolically, as well as scientifically, the link is deeply entwined with historical facts, as deciphered by our learned sages. Shiva represents endless energy, and so does the Higgs-Boson known as the God particle. Because it’s believed to have caused the Big Bang, which led to the creation of the universe.

Islamic Studies –  The Reality and Truth

Mocking and blatantly copying indigenous knowledge, practices, and value systems have been a hallmark of the west and Islamic invaders. Sushruta, Varahimir, Bhaskar 1, Patanjali, Panini, and Katyayana just to name a few, contributed greatly to what we know today as modern sciences. They have contributed greatly to the sciences or mathematics. Today, many people from the current generation will not be able to remember their names or contributions, which is unfortunate. In contrast, we have heard of many Islamic and western scholars who acknowledge ancient Indian scientists as their inspiration. Nevertheless, because Sanatanai principles and values are consistently mocked and denigrated, we will examine Islamic perspectives. The importance of understanding and valuing our ancient Sanskritic Dharohar becomes even more evident. In many aspects, what is being promoted in Islam is in stark contrast to reality and scientific principles. Here are a few examples of modern science and Islam’s promotion of it:

According to the Quran, life began with a single soul, as highlighted in the above verse. Considering the present parlance, how is that feasible? The human species marks its existence by procreation, while many microbes just split in half, so how does that relate to them? If humans evolved from a single soul, then what about other creatures? As such, this contradicts the ongoing advanced biological studies exploring mankind’s existence.

Since Allah is the creator of the heavens and the earth, he simply declares something to manifest, and it occurs. As a result, many questions arise. Science tells us the universe came into existence after the Big Bang, and there are also theories about multiple universes. Throughout history, humans and other species have evolved or devolved as a result of genetic mutilation. In light of this, aren’t these revelations contradictory to what is mentioned in the verse above?

A contradiction can be found in this verse. To begin with, does rain occur according to the gods’ schedule or is it part of the normal climate cycle? Even if we leave that aside, how does one resurrect from the dead? Bringing the dead back to life is unheard of in history and contradicts the cycle of life. In the event that people were to rise from the dead, what parameters would they use to decide who was to be resurrected? It is especially relevant to ask why one should die if they are to be resurrected?

Science is taking mankind by leaps and bounds, so one should consider the context of the verse. There have been numerous non-Muslim astronauts who have traveled to outer space for decades now. In our ancient texts and documented narrations, outer space travel was possible. Then how come all of this was and is still possible, if it’s not permitted?

It will be fascinating to see how one of the most mind-boggling verses can be substantiated with verifiable claims. We all know the physiology of the human body and its components. Although, it is difficult to imagine and comprehend the evolution and function of an entity that is so complex and designed solely with clay. Also, how does a body crafted from clay procreate and evolve? More to it is the existence and creation of other living and non-living things. Is it possible for them to survive?

Our knowledge of the moon is that it reflects the light from the Sun. When did it become a light source? It is a scientific fact that the moon shines because its surface reflects sunlight. However, this has never been questioned and accepted for what it is.

The verse describes Prophet splitting the moon in half but the question is, is it possible? Is there any evidence of it in modern times? Can a celestial body be split into two halves and reassembled from a scientific perspective? Isn’t it important to remember several factors when carrying out this kind of activity, such as gravity, the celestial body’s location, etc.?

A theory posits that there are multiple universes. We assume that our universe, which contains numerous galaxies, also contains multiple similar solar systems to ours. According to the verse above, it would be helpful to understand how the moon, as well as the day and night, were created. Multiple celestial bodies were believed to be created by the Big Bang theory, so why can’t the same be said for the moon? It is a scientifically validated fact that night and day occur due to Earth’s rotation on its axis. It would, therefore, be beneficial to gain insights into the scientific explanation of the same based on the above statement.

Sperms are produced by the testes located in the scrotum of males. Hence, the existence of testes that produce sperm near the backbone region is unlikely. The entire physiological functioning of the body would be altered if that were to happen. There has been no conclusive evidence of the presence of the scrotum near the backbone region, despite multiple scientific accomplishments.

It says Earth is flat and stretched like a carpet, yet it has been proven, observed, and viewed to be an irregularly shaped ellipsoid. Furthermore, the planet would have four corners if it were flat like a carpet. Neither science nor any geographical expedition has found conclusive evidence. There have been no conclusive pieces of evidence found so far by science or any geographical expedition.

The above verses and their interpretations have been left open as questions to the reader’s discretion. Currently, quoting with references can also be seen as blasphemous and against religious freedom, which puts one in danger. It can be dangerous even to raise a valid question. Why is there such a high level of intolerance? How are statements of facts and proof considered illegal? Religions that claim to be modern, progressive, and inclusive must be grounded in scientific reasoning. It is evident in the verses above that many statements have been contrasted with modern-day scientific findings. Consequently, it is imperative to ask whether the teachings and practicalities of the book are compatible with present-day realities. Individuals should use their own discretion, relying on their sound judgment, to decide how much it affects them. This puts the ball in the court of non-Muslims.