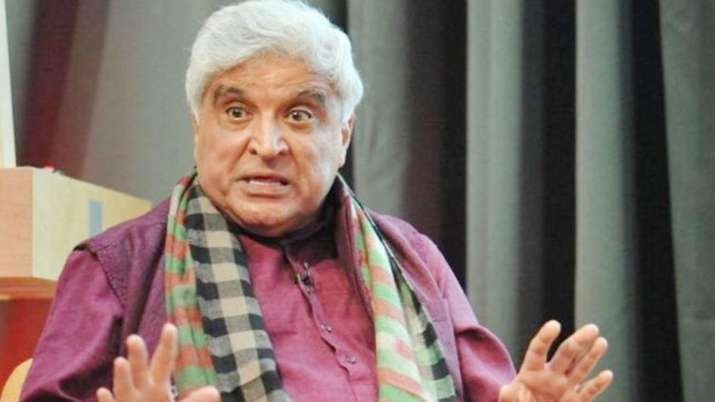 An expose of the Bollywood lyricist and screenwriter Javed Akhtar as a hardcore Islamist sympathizer.

Javed Akhtar, the ostensible poet-lyricist, and erstwhile screenplay writer, has won the Richard Dawkins Award. Presented by the Center for Inquiry (CFI), the award felicitates “a distinguished individual from the worlds of science, scholarship, education, or entertainment, who publicly proclaims the values of secularism and rationalism, upholding scientific truth wherever it may lead.”

So far so good. One ought to celebrate the success of an Indian. The only problem is that the selfsame Javed Akhtar is neither secular, nor rational, nor did he care about scientific truth. He is neither a theist in the sense of an Alim or Ulema, nor an atheist. He is…well…he is simply Javed Akhtar, an epitome of practised hypocrisy, and a living monument of that fabled Islamic art of deception — al taqaiyya.

Javed Akhtar, son of Jan Nisar Akhtar, a Bollywood lyricist, can be found intellectually cavorting around any political occurrence in which the role of the Islamic Ummat comes under scrutiny so that he can provide cover fire to either divert the issue, or defend it with his characteristic play on words and events.

Javed Akhtar has woven a filmy story around his own struggles even though he comes from one of the biggest elite families of the Asharafiya Muslim class. He is the 34th descendant of Caliph Omar, the 2nd Rashidun Caliph, and proudly flaunts his great-great grandfather Allama Fazle-Haq Khairabadi Farooqui, who was a high scholar of Islam in the 19th century. Farooqui was not only close to the Mughal Court, but is reputed to have been the leading person who created the schism in 1826 that ultimately led to the two separate groupings of Deobandi and Barelvi in the Indian Sunni Hanafi Islam.

Now, Fazl-e-Haq was a disciple of Shah Abdul Aziz Dehlavi, the son of that famous traitor Shah Waliullah Dehlavi who invited Ahmed Shah Abdali to invade India and forged an alliance for him with the Rohilla Pathans, and Sha Nawab of Oudh, in order to defeat the Kafir Marathas. Though the impact of victory remained short-lived, not one cleric, or any Ashrāf elite has ever denounced Shah Waliullah. They do, of course, denounce Mir Jafar every day for the crime of having freed the Hindus of Bengal from the corrupt, oppressive, rapist, plunderer, and maniacal Sirajuddaula. Fazl-e-Haq’s father Allama Fazl-e-Imam, of course, was the Chief Qazi in the Mughal Court in the late 18th century.

Javed Akhtar’s glorification of such curious Islamic symbolisms as ‘Billa no. 786’ of the Bollywood movie, Deewaar, and painting all Muslims as always gentle to abandoning his atheism to take a second wife while remaining wedded to the first one, are just small aberrations in a colourful career of lies, deceit and chicanery. What has made him the cynosure of the eyes of every Leftist, pseudo-secular and Islamist is his not so-subtle defence of their deplorable conduct. Here are just a few recent examples.
One fine day, Javed bhai thought it fit to comment on the alleged mercy petitions that Veer Savarkar wrote to the British, only to get hoisted with his own petard, when it was discovered that Allama Fazl-e-Haq Khairabadi had also been sentenced to transportation for life at Andamans, and had written mercy petitions to the British for getting the benefit of the general amnesty declared by Queen Victoria.

With such a distinguished lineage, is it any surprise that Javed Akhtar has imbibed the best of the deceptive Ashrāfia culture that places a high premium on the use of perfidy in human affairs, and the spread of Islamic supremacism as its holy grail. This Mughal durbari culture is sought to be glorified these days as ‘Gangā-Jamuni Tehzeeb’.
Akhtar has been at his most active whenever Islamists have faced tough, logical questions. His repository of intellectual crimes is too plentiful to be emptied out in full. However, some vignettes from his recent infractions could serve as good, representative samples.
This can be directly contrasted with the honourable conduct of genuine freedom fighters and patriots like Tatya Tope who chose to die fighting than surrender. I had a little fun on Twitter bringing this to his attention:

Akhtar then tried to portray Tipu Sultan as a freedom fighter, and as a lover of freedom who sent money to the American freedom fighters. Now, that is an idea well past its sell-by date, so poor Akhtar got trolled and asked inconvenient questions about Tipu Sultan inviting the French, the Caliph in Turkey, and the Muslim King of Afghanistan to invade India, and his great record of rape, plunder, genocides and forced conversion of Hindus, and temple breaking came into focus. The portal opindia.com even wrote an article on the embarrassment that Akhtar landed himself into with respect to Tipu and Savarkar.
In the 2019 general elections, Javed Akhtar and the Queen of Depravity, Swara Bhaskar, landed up in Begusarai to campaign for her compatriot, the Prince of Deplorables, Kanhaiya Kumar, who lost by a princely margin of 24% of polled votes to reward their labours.
The fact that not one of the Communist parties has yet disowned the original tukde-tukde doctrine of the Gangadhar Adhikari position paper of the CPI, submitted to the British in 1945 as the official position of the then undivided CPI, is a stark fact which completely exposes the transparent hypocrisy of Javed Akhtar’s brand of secularism or his alleged nationalism. Equally, the fact that the descendants of the Ummat brand of nationalism are today trying to subvert India’s civilizational nature of nationhood, is a tribute to the evil genius of Javed bhai and his Akhtarism.

Chorus Singer In The Anti-CAA Protests And Defender Of The Tablighi Jamaat
When the orchestrated anti-CAA protests began in Delhi, the last veneer surrounding Javed Akhtar’s convenient atheism came unstuck. He revelled in excelling himself day after day, week after week. His defence of the “movement” started with the defence of the unedifying recitation of Faiz Ahmad Faiz’s poetry at the site of these unabashedly communal protests that came with the package of every Islamic slogan that characterized the Muslim League slogans of the partition days, and the Pandit-cleansing slogans of Kashmir in the late 1980s and early 1990s. Akhtar’s hypocrisy was so naked that I was forced to lampoon him in this video:

As if defending anti-CAA protests and the use of Faiz’s ‘bas naam rahega Allah ka’ imagery was not bad enough, Javed Akhtar actually descended right down to defending the master architect of the North-East Delhi riots, Tahir Hussain. In multiple tweets, Akhtar expressed his anguish that the anti-CAA protesters (who had actually created an elaborate plan to spark riots during Donald Trump’s visit) were being arrested on multiple occasions:

Then, in his typical strain, Akhtar became highly vocal about his concern about the deadly Tablighi Jamat, and requested Tahir Mahmood, ex-Chairman of Minority Commission to say that issuing a fatwa by the Deoband seminary would be the best way to get Muslims to collaborate with the government in tackling the Corona menace.

The irony of Allama Fazl-e-Haq Khairabadi’s great great grandson requesting a fatwa from Deoband was not lost on me, because this 19th century scholar was one of the main persons behind the Sunni schism of Deoband and Bareilly. It was Fazl-e-Haq who himself laid the foundation of the Bareilly Sufi doctrine.
Next, Javed Akhtar outdid himself by having a conversation with Tarek Fatah in which he emerged as the intolerant bully and was parodied for it.
I teamed up with Tarek Fatah to discuss this deviant behaviour of Javed Akhtar in the two videos:
Video 1

Now that Richard Dawkins has recognised Javed Akhtar as a rationalist, and a secular, I would definitely like to institute a ‘Javed Akhtar Award of Hypocrisy’ that would recognise the pre-eminent qualities of deception, deceit, skullduggery, whataboutery, and oily rationalization in any apologist of any dogmatic religion, such as Christianity, Islam, and Marxism. That would be the fitting tribute to Akhtarism, an ‘ism’ by itself, of which he is the founding but not the last Prophet.