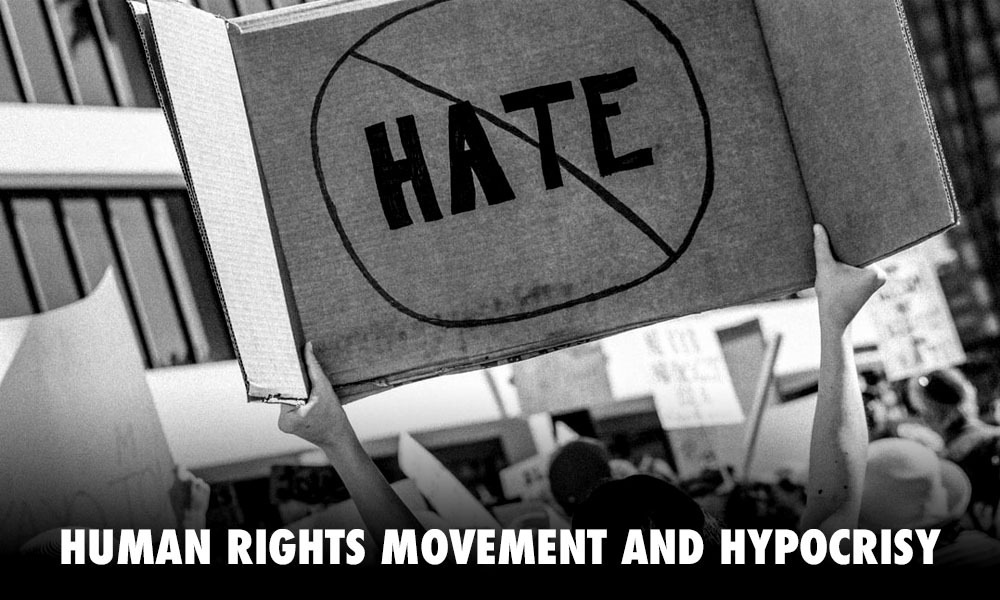 On 12th September, a curious story appeared in an Israeli newspaper. In an unprecedented ruling, a Jerusalem Court allowed some Palestinians Arabs to sue the Palestinian Authority for collaborating with Israeli authorities for their unlawful detention and torture. The lawyers, however, were faced with an unprecedented situation. Every Human Rights NGO they turned to for finding a doctor to assess the quantum of damages, refused to help them. They said that they assisted only those that sued Israel!

Things reached such a pass that regimes like Russia, Saudi Arabia, and China were weaving circles around the International Human rights structure. The UN Commission of Human Rights had to be wound up in 2005, and we are witness to the new structure of UN Human Rights Council since 2006.

So how is the new structure working. The crowning glory of the Council is that in the 2016 elections, China and Saudi Arabia became members from Asia without even a vote — two countries that doubtlessly have a stellar record in espousal of Human Rights. China follows the Communist doctrine, in which the people have no rights, only the Party has. As far as Saudi Arabia is concerned, it has even better record. It follows the Shari’a Law at home that has institutionalised systems of discrimination against women, minorities and dissenters; besides exporting violent brand of radical Islam all over the world in the form of financing jihadi groups. The Body is headed by a Jordanian prince, whose country follows Shari’a Law at home. Shari’a Law prescribes death for Mushrikeen (Idol worshippers), Munafiqeen (religious dissenters), Murtid (Apostates), and majdeef/gustakh (Blasphemers). Besides, it also prescribes inhuman punishments such as whipping and stoning to death for normal crimes. It institutionalises slavery, subordination of women and minorities. When did we last hear anything against Shari’a Law by the human rights cabal? A fat chance of that happening as long as you have an Arab steeped in Shari’a as the UNCHR High Commissioner. He has been pushed to that position to minimise scrutiny against Arab countries for their human rights record.

With such excellent credentials, do we need to ask how much credibility they will carry? Next to nil, I would contend. There is a shloka in the Bhagawadgita : yadyadA charati shreshthah tattadevetarO janah/ sa yat pramAnam kurute lokastadanuvartate (Bhagvadgita 3:21). It translates as ‘People behave like their leader. Whatever the leader puts his stamp on, lay public follows that’. Is it, therefore, a surprise that an organisation which is hostage to the Arab hypocrisy, permeates that trend right down to its activists? Leaders of both the UN Human Rights Commission, and the UN Council of Human Rights have failed the movement. It should, therefore, occasion, no surprise, that the attitude has percolated right down to the smallest activist.

The UNDHR came in the wake of inclusion of the words ‘fundamental freedoms’ and ‘human rights’ in the UN Charter itself, the impulse was provided by the 2nd World War. Public position of a war for freedom taken by the Allied powers was translated into the written commitment. The romanticism and idealism did not even outlast even the drying of the ink on the UNDHR document. Today, it appears to me as an atavistic flight of fancy, that is used by nations and the HR cabal (some even refer to it as HR mafia) to further their interests, ideologies, and even crimes against humanity.

The result of these hypocrisies is that Tibet has disappeared from the human rights discourse of the world. Little surprise that Tibet is now off the radar of Indian activists as well. Muslim

Today’s Human Rights movement in India and abroad is plagued by extreme ideological skulduggery. This has led to an incredible credibility of crisis. From UNCHR to NHRC, all institutions are losing their mojo by selectivity and positioning of NGOs. Besides, the western nations are having a different set of problems. their espousal of human rights issue is contingent on their business interests. Let us look at a few examples (besides the ones quoted above).

Some good work was done in the human rights sphere, specially with regards to bonded labours, prisoners, and child labour. Within the 21st century, the movement has become clouded by its open ideological and political positioning. The human rights NGOs are under a cloud after receiving FCRA notices, and cancellations of FCRA licences in bulk. Certain events need to be recounted to put things in perspective:

The ineluctable conclusion follows: Human Rights remain only in the realm of high principles. The way they have been practised by the International and Indian institutions, and the NGOs, it only suffers scorn. Certainly no plaudits.