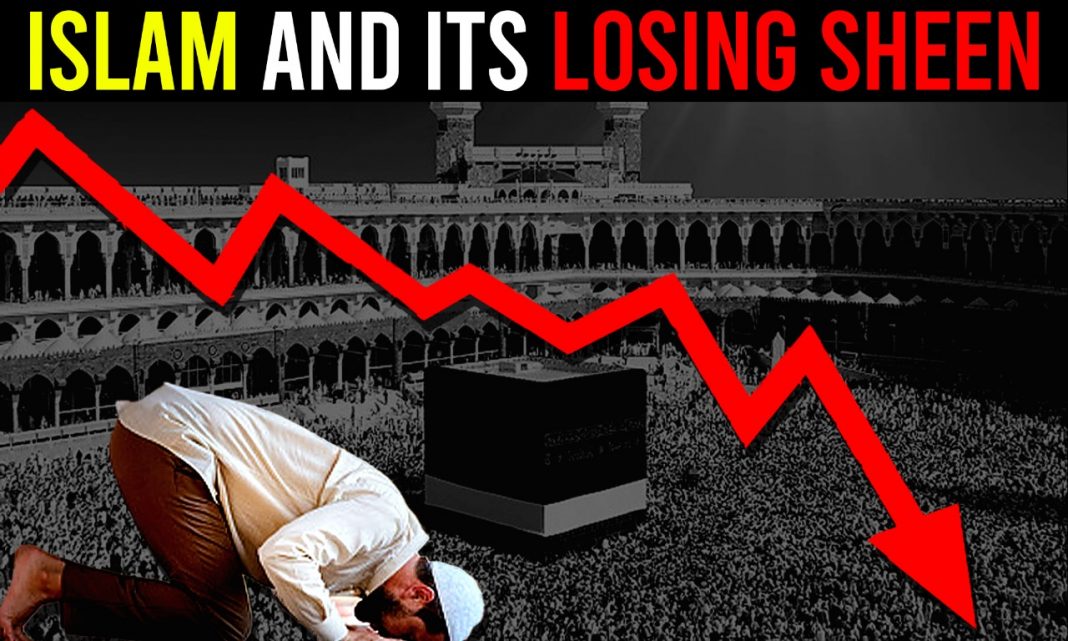 Islam, a self-proclaimed religion of peace and brotherhood, professing equality and
harmony for all, well that is what the faithful proclaim. However, the history of this to what the World witnessed during the last three decades, points to a totally different picture. A general perception has gained ground that peace, co-existence and Islam are an oxymoron.

The unearthing of recent cases of proselytization by Umar Gautam (himself a
convert)and his cabal by luring gullible Hindus, particularly physically challenged with offerings of cash, and the recent cases of tribal conversion in Bharuch (Gujarat), points to a trend, which needs attention. The investigations in the case have discovered that there is a systematic channel operating (funded from middle-east) behind it.These activities also underline a sense of desperation by the followers of this dying cult. Islamists in a bid to save their face and identity, have in desperation, resorted to brazenly unlawful (their USP) means, to increase their numbers.

However, there is an emerging trend being observed recently, i.e. many neo-Islamists
are leaving this desert cult. The factors prompting this gradual but definitive exodus being, obscurantism, dogmatism and fanaticism; traits that are etched in the basic nature of Islam. Undoubtedly, new generation and moderate Muslims with a liberal outlook have begun to understand the perils of following their religion and are feeling suffocated. Essentially, Islam has become a dumping ground for people having innate perverse desire, wanting to exercise authority in a so-called legally recognized manner.

If we go back a couple of years (as it is a phenomenon spanning a decade or may be
more), as per a 2012 WIN/Gallup International poll it was observed that 5 percent of Saudi
Arabian citizens, translating to nearly a million people, identified themselves as ‘convinced
atheists’ nearly the same numbers as in the United States. Surprisingly, nearly ‘19 percent of Saudi Arabians, which translated to almost six million people—think of themselves as ‘not a religious person’. These numbers are noteworthy considering that Saudi Arabia is the birth place and citadel of Islam.In Italy, the figure was astonishingly high, i.e. 15 percent of practicing Muslims had left Islam and the figure is unknown in many pre-dominant Islamic nations like UAE, Yemen, Sudan, et al.

It isn’t surprising therefore, that many Islamic nations don’t sign treaties espousing
universal declarations of human rights that allow change of religious affiliations and beliefs.
Clearly indicating the grip these nations wish to have over their denizens who practice Islam. These nations have enacted harsh blasphemy laws that ordain capital punishment which includes decapitating body parts of whom they call as pagans or heretics. Apostasy, is a punishable offence in Islam and the fear of the same inhibits the non-believers to actually come out in the open. There a looming sense of despondency and despair as contrarian views invite stoning and gruesome death. These Ex-Muslims or ‘apostates’ have found anonymous online platforms to communicate and share their decisions to leave their faith; wherein in 2015, a British Twitter campaign was run where ex-Muslims from all over the world shared their reasons to abandon Islam. (Ali A. Rizvi, Huffington Post, 23 November, 2015). The infamous case of Mubarak Bala who was arrested in Nigeria for alleged blasphemy and then disappeared or the life threat to Salman Rushdie (Satanic Verses), who was called by Ayatollah Khomeini, to get him assassinated for portraying certain objectionable scenes about Mohammad.

Hasan Suroor, Author of the book ‘Who Killed Liberal Islam’, points out that “we don’t
usually hear about how Islam is facing a wave of desertion by young Muslims suffering from a crisis of faith . . . abandoned by moderate Muslims, mostly young men and women, ill at ease with growing extremism in their communities. . . . Even deeply conservative countries with strict anti-apostasy regimes like Pakistan, Iran and Sudan have been hit by desertions.” Professor Amna Nusayr of al-Azhar University, Caironotes that nearly four million Egyptians have abandoned Islam.

Turkish President Erdogan is dreaming to re-establish an Islamic Caliphate deserves a reality check, i.e. as per a poll by Konda, it was seen that Turkey saw its population of atheists tripling from 1-3 percent between 2008 and 2018, while the number of non-believers increased from 1 to 2 percent. According to a survey conducted by the Arab
Barometer it was observed that the number of Arabs who proclaimed themselves as “un-religious,” rose from 8 percent in 2012-14 to 13 percent in 2018-19.This trend is
phenomenal, especially amongst youth in the age group of 15-29, where the percentage shot from 11 to 18. With Islam losing steam, forced and active conversions appears the only way to sustain their dwindling numbers, but it is gradually fighting a losing battle. Islam itself contains the seeds of its destruction.

The Middle East, once a symbol of Islamic brotherhood is now showing evidence of
breaking amidst the changing global geo-political scenario. The traditional hatred towards Israel is now giving way to resumption of dialogue and diplomatic as well as economic relations with the Jewish state.With the growing realization that the world is moving towards renewable and clean energy by abandoning fossil fuels, the middle-east States have come to realize that their religious fanaticism won’t be tolerated anymore amidst their impending economic downfall.

Recently in India, we have witnessed two prominent Muslims returning back to their
Sanatan roots viz. ex- U.P. Shia Waqf Board Chief Waseem Rizvi who converted back to Sanatan and the prominent Malayali director along-with his wife who was disappointed on the kind of hatred he witnessed amongst the Islamists following the sudden and unfortunate demise of Late CDS Mr. Bipin Rawat. People expressing happiness over such a somber event goes on to show how much they care for the land they live in and the forces which protect them. The trend which is happening, slowly yet steadily shall pick up pace and it is welcome for the global order.