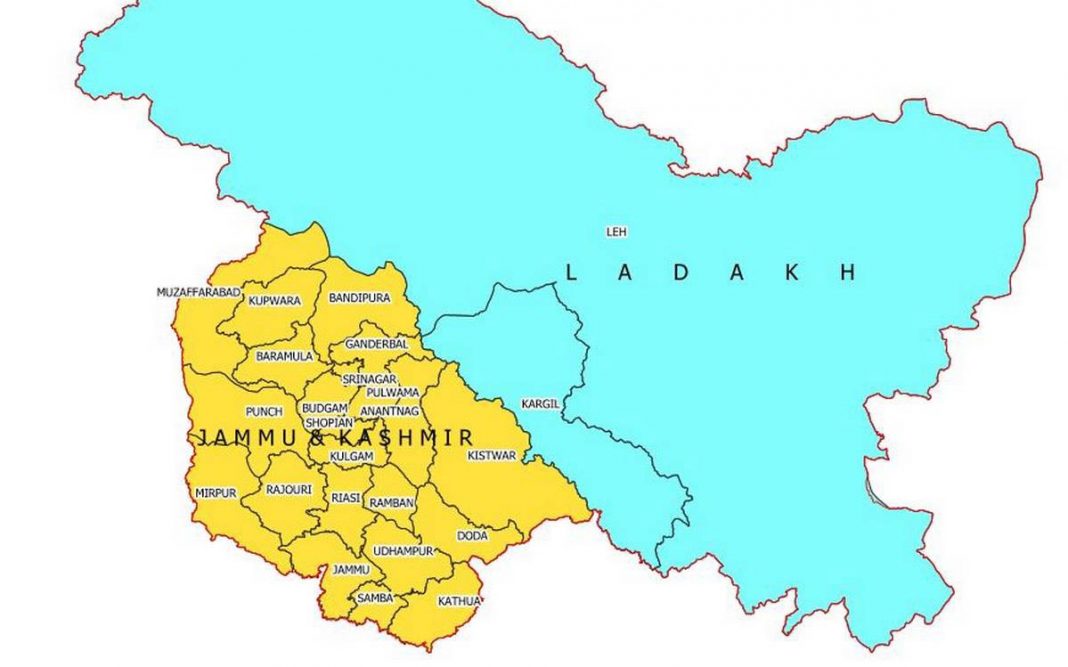 The transition of J&K to twin Union Territory (UT) status has been surprisingly smooth. It only goes to show that the assumptions/presumptions on which the entire state philosophy was based were remiss and reprobate. That jihad could be bought over is a historical folly that was attempted by many in the past, but each one came to grief. The only way to fight Islamic jihad is to crush it. Spain provides the only successful model of reversing jihad. India is a good model of long successful resistance but the reversal model has not yet been developed and attempted.

It would be another folly to think that the same methods of democracy under a full statehood would be the panacea to the ills of J&K. Ladakh has become secure because it has made a clean break from the Kashmir Valley. There is a thinking that full statehood may be given to J&K at an early date. Nothing would be more disastrous.

There is another line of thinking that the Government of India could seed new parties by rehashing the old actors such as Altaf Bukhari. One only needs to look at the experience to conclude that no Valley-based politician can ignore the Islamic forces of the Valley.

From all accounts, the public in the Valley is quite happy with the change that the UT status has brought to the Valley. The separatist sentiment has been nearly killed by full integration, levels of corruption are down, violence is at a very low ebb, and development is picking up. As such, there is no hurry to go to full statehood. The UT of J&K has the provision of an elected assembly. That should be elected first after the delimitation is over. The Lt Governor’s control over the full state apparatus, as provided in the Jammu and Kashmir Reorganisation Act, 2019, is critical in J&K. Jammu has been discriminated against by the Valley Muslims ever since the time of Sheikh Abdullah, who never made any secret of his dislike of the Dogras and Kashmiri Pandits. This has been captured in detail in my forthcoming book ‘Nullifying Article 370 and Enacting CAA’ in detail. The book is to be published by Bloomsbury as soon as the bookshops open after lockdown

The next step should be to grant full state status to Jammu. The ‘Medina Strategy’ of Pakistan visualises the capture of Jammu through Islamisation as the second step of the Ghazwa-e-Hind strategy, the first having been the extermination of Hindus from the Valley. The Valley politicians have been willing hostages to this Pakistan ploy. The J&K High Court is currently hearing a petition against large-scale state-sponsored encroachment and regularization of land by Muslims in Jammu. The intent of the demographic change is only too stark. It is, therefore, of paramount importance the Jammu be completely insulated from the Islamic politics of the Valley.

For a start, Kashmiri and Dogri, spoken by 56 per cent and 30 per cent population of J&K respectively should replace Urdu as the state languages, as Urdu is spoken by just 0.16 per cent of the population but is the language of Islamic imperialism in the state. Hindi and Punjabi are also spoken by a good number of people, but a language not spoken by anyone is imposed as a State language, just as it was done in Pakistan.

Though some leaders are being released as the situation becomes normal in the Kashmir Valley, their past should never be forgotten. I have documented their dalliance with Pakistan and Islamic terror in the to be published book. They have used democracy, never practised it. Democracy has only gifted J&K with two or three super-rich dynasties, who would have eked out a middle- class existence in any other set-up.

To sum up, J&K has been rescued with great foresight, perspicacity and courage. It is time for our planners, intelligence community, and strategic thinkers to put their heads together and ensure that they do not commit the same mistakes that they committed in the past.

It may be remembered that not only the Valley based political parties, but also the intelligence apparatus in J&K, nurtured with great mendacity and lack of purpose by the likes of AS Dulat, has lost a great deal of its clout. this is a positive contribution to the new UT. It should not be frittered away.

I also welcome the decision to not hand over the bodies of terrorists killed in encounters to the relative. The funerals of these killed terrorists had become great recruiting grounds for future terrorists by stoking up the frenzy of martyrdom as a mujahid in the cause of Islam. One could even think of cremating the bodies of the non-local terrorists sent from Pakistan. After all, terror has no religion.

It is also time to strategise ahead internationally. The US-Afghan Taliban pact has materialised, for whatever it is worth. The Pakistan Army and the Pakistan based terror machine is viewing this as a victory for jihad-fi-sabilillah[1]. The Indian move on the chessboard was timely. One has to be fully prepared for a full-blown assault on Kashmir by the Pakistan terror machine with high morale and motivation. The delay caused by Covid-19 is only temporary.

India has to get out of the stranglehold of the secular theocracy and must treat demographic security as an essential part of its ‘security doctrine’. The country’s integrity comes ahead of everything else, and even the Constitution recognises it. The Constitution itself provides that parts of it can be made inoperative in national emergencies, the liberal noise notwithstanding. This is the ultimate proof that national integrity and sovereignty ranks ahead of even the Constitution. This should be drilled into every Indian citizen.

India has also to set right the Leftist stranglehold on the academia and its history-writing. Left is no friend of India’s. It cannot be allowed to use democracy to keep subverting democracy. All necessary measures must be taken to recognise and set this right.

It would be fitting to end this piece by recalling Dr Ambedkar in the matter of appeasing and giving concessions to an aggressor:

“It seems to me that Congress has failed to realise two things. The first thing which the Congress has failed to realise is that there is a difference between appeasement and settlement and that the difference is an essential one. Appeasement means buying off the aggressor by conniving at his acts of murder, rape, arson and loot against innocent persons who happen for the moment to be the victims of his displeasure. On the other hand, settlement means laying down the bounds which neither party to it can transgress. Appeasement sets no limits to the demands and aspirations of the aggressor. Settlement does. The second thing the Congress has failed to realise is that the policy of concession has increased Muslim aggressiveness, and what is worse, Muslims interpret these concessions as a sign of defeatism on the part of the Hindus and the absence of the will to resist. This policy of appeasement will involve the Hindus in the same fearful situation in which the Allies found themselves as a result of the policy of appeasement which they adopted towards Hitler.”[2]