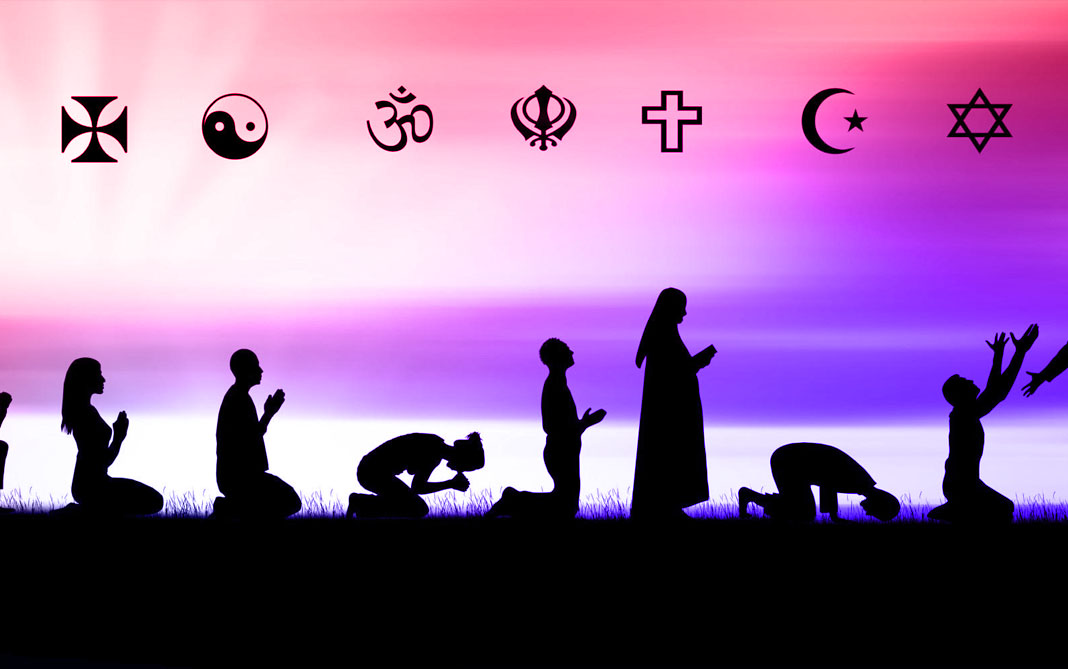 There have been many attempts to define the Hindu Dharma, or more appropriately, Sanātana Dharma throughout the modern era. Most notably, the Supreme Court defined it as a way of life, and not as a set of beliefs. The attitude of Hindus towards the spiritual has always been one of seeking and inquiry, rather than any certainty of dogma. Yet, there are certain science beliefs that are unique to Hinduism.

Let us call these beliefs as ‘Scientific Beliefs of Hinduism’, because these are open to inquiry and change. These can be broadly classified into six categories, and Hinduism can be compared with the other religions on these parameters:

Let us first look at each of these separately, and then have a holistic look.

Science is a methodology. In modern era, Science for the lay people has also become a subject being taught and learnt on the basis of authority. Students do not really know whether the earth revolves on its axis, except on the authority of scientists who really have the means to conduct experiments and prove them.

Science as a methodology can be defined as an empirical method which accepts a physical phenomenon as True on the basis of it being universal — true across time and space; verifiable — demonstrable to all; and repeatable — that which will repeat in similar circumstances. To that we add refutability or falsifiability, i.e. one is free to try and refute that physical phenomenon.

Sanātana Dharma’s scientific attitude to the Universe is not just applicable to the physical world, but also to the spiritual world. It is best exemplified by the famous Nāsadiya Sukta of Ṛgveda (10.129) (Translation of AL Basham):

1. Then even nothingness was not, nor existence,
There was no air then, nor the heavens beyond it.
What covered it? Where was it? In whose keeping?
Was there then cosmic water, in depths unfathomed?

2. Then there was neither death nor immortality
nor was there then the torch of night and day.
The One breathed windlessly and self-sustaining.
There was that One then, and there was no other.

3. At first there was only darkness wrapped in darkness.
All this was only unillumined cosmic water.
That One which came to be, enclosed in nothing,
arose at last, born of the power of heat.

4. In the beginning desire descended on it –
that was the primal seed, born of the mind.
The sages who have searched their hearts with wisdom
know that which is kin to that which is not.

5. And they have stretched their cord across the void,
and know what was above, and what below.
Seminal powers made fertile mighty forces.
Below was strength, and over it was impulse.

6. But, after all, who knows, and who can say
Whence it all came, and how creation happened?
the gods themselves are later than creation,
so who knows truly whence it has arisen?

This kind of open inquiry about the origin of Cosmos is unknown in the Abrahamic religions like Judaism, Christianity, and Islam. The Abrahamic religions do not allow any questioning and inquiry, and treat the Word of their scriptures beyond refutation. Sanātana Hinduism, on the other hand, allows not only open inquiry, but as the subsequent developments of Hinduism show, even open debate and refutation.

Every branch of orthodox Hinduism allowed this open inquiry, and allowed debate within various sects. Buddha’s debates with the orthodox Sanātana Brahmins are the best example of this approach. Buddha was every inch a Hindu, but he differed from the orthodox view on the question of existence of the Ātman (loosely translated as the eternal soul). Hindus and the followers of Buddha debated the question for over a millennia till Hinduism won a final victory led by the Ādi Shankar.

To refute the concept of the Ātman, people even carried out physical experiments, without any consequences to their physical well being. Payāsi Sutta has a description of a person about to die being enclosed in a vessel, being weighed, observations of ātman escaping the vessel being taken; weight being taken immediately after death; and a final pronouncement of the absence of the ātman on weight being found the same.

All across the Upanishads, this spirit of inquiry, debate and refutation is present in full measure. Vedanta philosophy speculates on duality, Oneness, qualified Oneness, and the sages have derived advaita, dvaita, vishishtadvaita, and bhakti from the same material. People like Charvāka refuted the existence of Ātman on the basis of direct observation epistemology, yet he was honoured with the title of a Rishi. Patanjali’s Yōga Sutra provides a basis for physical verification of the existence of the Supreme. Kapila Muni’s Saṃkhya philosophy provides a cosmological basis, whereas Vaisheshika of Kaṇāda dwells on the physical cause and effect. Bhagvadgita encapsulates all the philosophies into one whole, and even that great book provides Arjuna with a glimpse of many paths. Krishṇa exhorts Arjuna in the end to choose any of the paths that he had described –yathechchhasi tathā kuru.

Thus it is clear from this evidence that the concept of Creation, as well as that of the Ātman in the Hindu pantheon is physical, subject to personal verification, and refutable. This is a purely scientific approach to the mysteries of Universe.

To illustrate this point further — Creation, soul, and God are all based on the revealed Book, not subject to verification or debate (any such act is termed as heresy), and an irrefutable Truth on the authority of God, Yahveh, or Allah. This is a purely unscientific approach.

The cultural union of the whole of Indian subcontinent is well-known, but the how the region of Cambodia, Laos and Vietnam were once a...
Read more