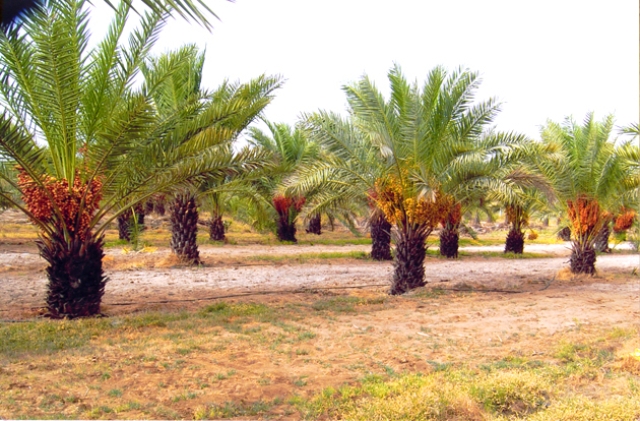 If the average “poor” farmer could opt out of using water intensive and age-old methods of irrigation and instead use modern day methods, would it cause a shift in his income status? Can the age-old practices of farming be replaced and cause farming businessmen to thrive?

In spite of a growth average rate of more than 7% all through the post-liberalization era, our farm sector has struggled to keep pace. In the pre-liberalisation years it was a case of shared privation for all. However, after the liberalization, the agriculture sector truly become a poor man’s sector.

Consider the goals for the 11th five-year plan. For the farm sector, the modest goal aimed at, was 4%. Towards this end, a very liberal and flexible scheme, the Rashtriya Krishi Vikas Yojana was introduced with 100% funding from the Centre. The National Horticulture Mission and Animal Husbandry sector was brought into focus and the target hiked. Even this target could not be achieved because of the delays in the revision of unit costs. Since every scheme was required to go to the Planning Commission for revision of even a comma or full stop, delays were common. The intention was there, the will to implement was missing.

Some states did do a commendable job in terms of agricultural growth. Gujarat, MP and Rajasthan led the way. MP and Gujarat have recorded the highest decadal growth in India. MP’s growth has been based on intensification of irrigation. Gujarat’s growth, however, is more diverse and sustainable even though it also benefited from the roll out of Narmada waters in Saurashtra.

In the last years of the first decade of the 21st century, I travelled extensively across Kutch, a region which very closely resembles the arid and desert regions of Rajasthan. I was referred there by some knowledgeable people from AP for its incredible example of desert horticulture in India. Well, it turned out to be much more than that and I ended up visiting Kutch half a dozen times more and also sent thousands of Rajasthan farmers on exposure visits. The reason was simple – I could see in Kutch a spark which can be best described as farming entrepreneurship. The agriculture being practiced there was being practiced like a business. One doesn’t see poor farmers there, one only sees farming businessmen!

Let me show you a case study of a typical farmer in Kutch. Being a semi-arid region, it generally has large parcels of land holdings. That in itself is a prime mover of farming as business. There is hardly any fruit that the farmer doesn’t grow in Kutch. Farmers with saline underground water grow date palms, grapes and pomegranates and supplement this with a large number of cattle. Areas with better water quality grow mango, papaya and banana with cotton or castor, interspersed with vegetables.

Almost everyone uses drip irrigation. With some advanced farmers using tissue cultured planting material of date palm making as much as 30-45 lakhs per hectare, Kutch has also become the hub of date fruit in the country. The date palm farmers have formed a consortium and have invested in post-harvest storage, sorting, grading and packaging. This enables them to export date fruit to Arab countries and increase their incomes even more. The mango and papaya farmers have their own forward linkages.

Every advanced agriculture practice – mulching, sheet protection, shade net cultivation of vegetables, protective nets for pomegranates and figs, sensory systems for drip irrigation in cotton and castor, raised bed cultivation for grain crops with drip (limited only to areas with abundant water) and large cattle rearing areas near grass lands are woven so skillfully with the land by this farming entrepreneurial class that the uninitiated may sometimes get inspired to take up farming as a business.

This was the scenario before the Narmada water was anywhere near Kutch. Now the water is reaching Kutch very soon (I don’t have the latest update). What do you think these farming businessmen will do with this water? The government has already ruled out flood irrigation. The water will be stored in storage tanks (which almost every farmer already has) and will be used through drip. Even if the Kutch farmer goes for water intensive crops like wheat (which I doubt), he will base it entirely on drip irrigation. One can be sure of the Kutch farmer adding large areas of cotton and castor.

Let’s reflect on this- if this is the model of agriculture, which farmer would ever complain? The issue is how to make the average farmer attain this state of farming as a business. It needs not only a structural paradigm change but a whole lot of IEC and attitude change. In the next part, I will try and suggest measures to adapt this integrated farming culture of Kutch to rest of India.