Rezang La: A Battle to Remind us of The Indian-Warrior Tradition 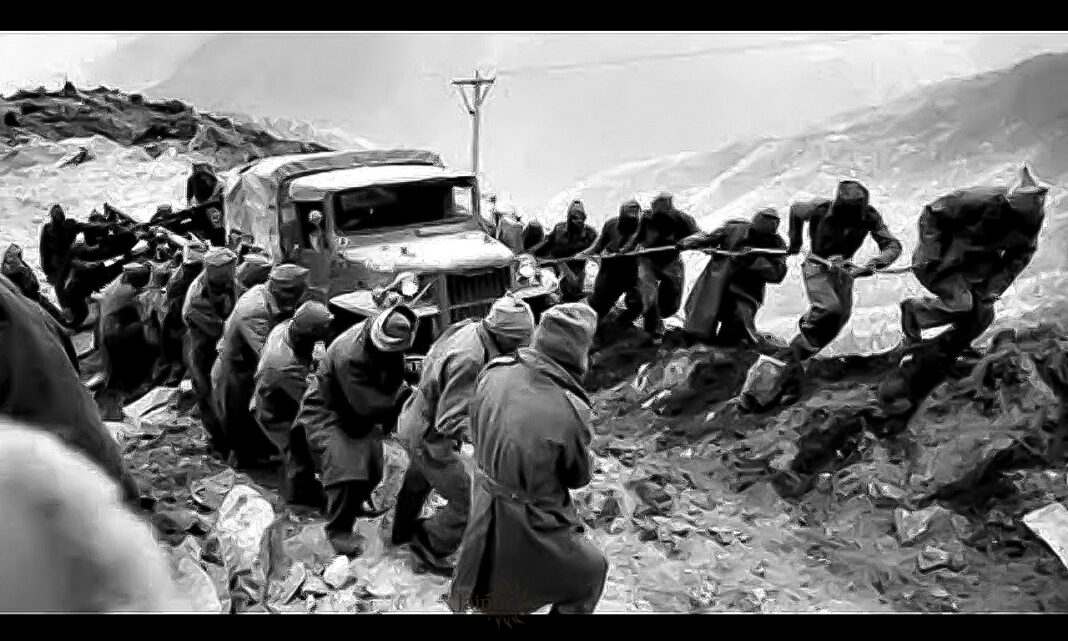 The Battle of Rezang La took place on Sunday, November 18, 1962, which saw an unusually cold and light snowfall at dawn. Today saw a battle like no other, for never before in the history of the world had a great battle fought at such a height with an unrivalled array of troops.

Rezang La is a mountain pass on the south-eastern approach to Chusul Valley in Ladakh, in Jammu and Kashmir in India. It is 3,000 yards long and 2,000 yards wide, and has an average height of 16,000 feet. It is a very cold place with a very big disadvantage; that it was crested to Indian artillery which meant no support of artillery.

The Day Of The Battle

The battle began a few hours before the shelling, in the presence of the Brigade Command from afar. The first Chinese attack “silently” with the intention of surprising the defenders, but failed. At 04:00, the Chinese were seen climbing the ravines. Everyone in the company, were panting and their fingers on the trigger, waited in a state of “ready to act”.
Around 05:00, the first wave of Chinese attacks arrived. When they came within range, Major Shaitan Singh ordered his men to open fire. Soon the ravines were filled with corpses and wounded Chinese. The frontal attack failed and the Chinese changed their plans and heavily shelled Rezang La. The odds against the company are huge. The advantage in numbers and firepower soon began to manifest. Realizing his company was besieged, Major Shaitan Singh rearranged his position and reinstalled automatic weapons to confront the Chinese. While personally supervising this, he suffered a burn on one arm and another on his abdomen. Despite this, with indomitable courage and omnipotence, he constantly encouraged his men to keep fighting and as a result, he was martyred in a bunker. His body was found in the same spot when Rezang La was visited in February 1963. There were no more bunkers on the hill, and the martyrs were found frozen in the trenches, weapons in their hands.

Honour of the Martyrs

Major Shaitan Singh’s body was brought back to his hometown of Jodhpur and cremated with full military rites befitting a national hero. It was at the “High Ground”, the site of the battalion headquarters, that the remains of the “Heroes of the Battle of Rezang La” were cremated with full military ceremony in February 1963.
Later, a memorial was erected in the same place with the inscription-

“How can a man die better, Than facing fearful odds, For the ashes of his father, and the temple of his Gods?”

The ‘Veer Ahirs’ fought until the idiom ‘Last Man, Last Round’ atop the icy mountain of Rezang La and accepted death to surrender. Every person in the company, who fought in Rezang La, is a hero and the country gratefully continues to remember each and every one of them.
Major Shaitan Singh was posthumously awarded the country’s highest bravery award, the Param Vir Chakra.
The battalion also received the “Battle Honor Rezang La”, the Theater Honor “Ladakh 1962”, an Ati Vishisht Seva Medal, eight Vir Chakras, four Sena Medals and one Mention-in-Despatch. This heroic battle will always remind future generations of our brave men who gave their lives for the honour of the flag and the honour of the country.