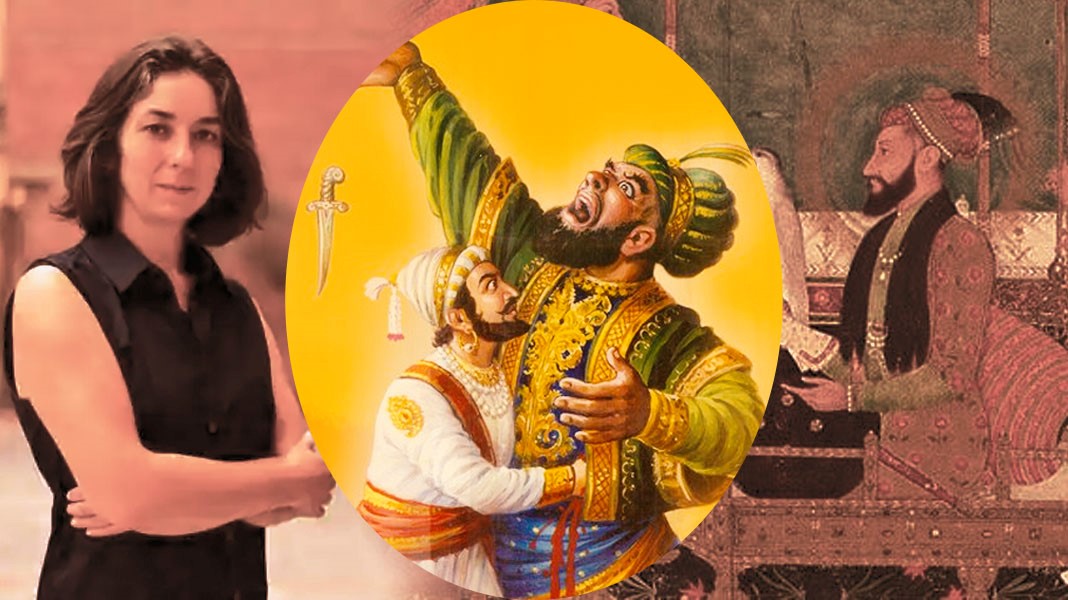 In recent times, it has been a trend to term tyrants like Aurangzeb as secular rulers who have ‘saved more temples than they destroyed’ as is claimed by some self-proclaimed historians of the Leftist Cabal like Audrey Truschke. However ridiculous this claim might sound, everything can be said under the context of ‘Freedom of Speech’ if it fits a particular agenda. As Foucault had said, we don’t discover the truth, we manufacture them, we could see a new trend being followed where new facts are manufactured everyday whitewashing the cruel acts by these rulers targeted against the Hindu community.

Aurangzeb who was a tyrant blindfolded by his ideology had taxes like Jizya (Which was anyways present for a large part of Islamic rule except for a short span of Akbar)- which meant that Hindus had to pay taxes for being Hindu. However, we might even go on to see claims by Left in a few days as to how this tax was for the betterment of the Hindu society itself. In the post-truth world, anything is possible, and especially when it comes to Indian History which has been a project by Radical leftists to sweep the atrocities of the years of Islamic invasions under the carpet.

The truth nonetheless still holds that Hindus lost their lives just because of the faith they believed in. During these tough times of Aurangzeb’s rule, when the oppressed Hindu community was harassed, looted, and raped by the invaders, Chattrapati Shivaji Maharaj emerged as a beacon of hope. In a state where living life itself was a luxury, Chattrapati established a rule of safety, security, and prosperity. The Hindavi Swarajya of Chattrapati was not a ‘rule of the ruler’ but it was popularly called ‘Rayatecha Rajya’- which means the rule of the people. Shivaji who became the name of resistance against the Mughal Sultanate was not just a great ruler but also a great Strategist who was also ultimately responsible for the downfall of Wali Aurangzeb through the Deccan Ulcer
Chattrapati who gave the dream of Hindvi Swarajya to the oppressed Hindu community, which was treated as Zimmi by the Mughal Sultanate is however seen as an obstacle in the Islamo-Leftist narrative. For this there have been 2 strategies used by the Left to push a false narrative:

1. To Secularize Shivaji Maharaj
2. To Portray him as a Sardar rather than a Chattrapati

These claims have however had a major pushback from the Hindu community and especially the Maharashtrian community, which rightly believes Chattrapati as someone who saved Dharma from the clutches of the Mughal Sultanate. Kavi Bhushan had said “काशी की कला जाती मथुरामे मस्जिद होती, अगर ना होते शिवाजी तो सुन्नत होती सबकी”. Chattrapati saved Kashi, Mathura, and the entire Hindu community from the aggressive campaigns of the Islamic rulers. This image of Shivaji does not fit in the leftist agenda and as a result, the discussion on Chattrapati and his history and legacy is very minimal in the national history discourse, while the rule of Mughals has been glorified as it was some sort of blessing in disguise for the country.

Our ‘beloved’ former Prime Minister Jawaharlal Nehru also falls in the same category. In his book- ‘The Glimpses of World History’, he even went on to say that- “Some of Shivaji’s deeds like the treacherous killing of Bijapur general, lower him greatly in our estimation”.
As someone who has such little understanding of statecraft and who feels it is treacherous to kill a monster like Afzal Khan, who came with a sole agenda of killing Shivaji and destroying temples, there can be no doubts on how someone can make blunders like ‘Hindi-Chini Bhai Bhai’. When someone is so strategically bankrupt that he could not understand that the biggest strategic threat to India is China, how can we expect him to understand the Krishna Niti of Chhatrapati Shivaji Maharaj?

Chattrapati Shivaji Raje thought strategically not just in the political sphere, but also in the social sphere. He was well ahead of his times when he realized the possible threats of the cultural hegemony by the Mughals and made a conscious attempt to delink the Indic culture from the influence of the Turkic and Persian culture. One such example is when he decided to create an almost 1400 words dictionary to remove the impact of Farsi from Marathi and purify the Marathi language. Shivaji also knew the possible impacts of the aggressive conversion carried on by the Mughals through the use of force. He knew that when a particular religion is missionary and aims to create and envision the society in a particular way, where there is no respect/ tolerance for other religions, it can create a demographic threat. In a civilization where someone praising idols is called ‘Kaafir’ in derogatory terms, this nation could not survive the threats of political Islam. Hence, Chattrapati started the Shuddhi campaign, which was most probably the first time in history where people who were forcefully converted to Islam were taken back into the Hindu fold through proper ceremonies.

The Hindavi Swarajya in the ‘secular’ Mughal empire is seen as a challenge to a particular idea of India by people who are driven by motives of creating a rift in the Indian society. The Swarajya of Chattrapati was in no doubt a rule of people, where Muslims were treated equally at par with Hindus, but the secularization of History of a Yug Purush who fought till his last breath in the name of Mahadev for the ‘Swarajya’ which was by default Hindu in its letter and spirit, is an injustice to the entire Hindu community and Bharatvarsha as a whole.

Such attempts of fabricating history by trying to fit rulers in a particular frame and whitewashing the crimes of certain other rulers to tailor fit the propaganda should be resisted with full might. We should be aware of the attempts of the cultural hijack of the academics by the leftist cabal and our ‘Baudhik Kshatriya’s ’ of the 21st century should fight for tabling the right facts and narrative. The Hindavi Swarajya was resistance by Chattrapati Shivaji Raje against the Islamic invasions. It was a resistance to save Dharma. It was a resistance to save the Indic civilization. If someone can’t see the facts straight, maybe we should help them get out of this social illness of Zimmihood.