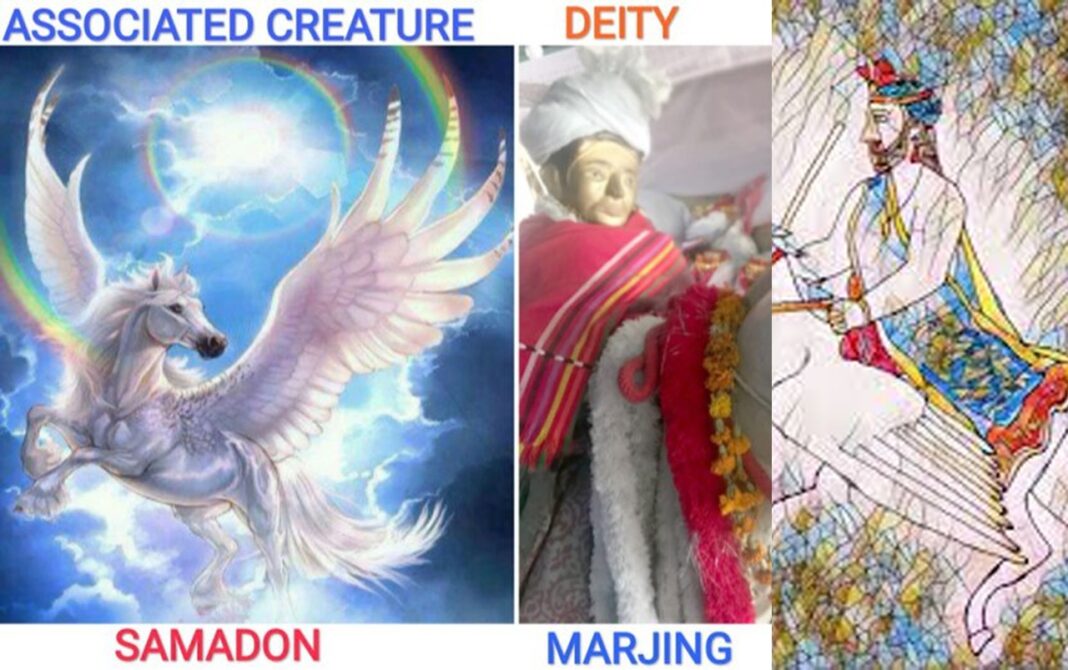 On 6th January, Home Minister Amit Shah inaugurated the 122 feet Marjing Polo statue of in Imphal, Manipur’s capital. Manipur is the land of the origin of modern day Polo, which was called Sagol Kangjei. Isn’t it amazing that how deeply an internationally acclaimed game began from our land of Manipur? And even more wonderful is the fact that this sport has a direct relation with the ancient Meitei culture of Manipur and the pantheon of deities.

It is believed that Sagol Kangjei, the modern-day Polo game originated in Manipur. Today, inaugurated a 122 feet Marjing polo statue at the Marjing Polo Complex in Imphal. This will surely take the legacy forward and inspire more youngsters toward the game. pic.twitter.com/x1T0xmcF4s

Ancient Manipur is linked with the Tribal society of Meiteis who speak Meiteilon. Like any other pagan, polytheistic tribal practice, Meitei culture also known as Sanamahism worships nature and ancestors and has a whole pantheon of deities.

For more than thousand years in Manipur people followed this practice, and eventually Vaishnavism started to mingle with the Meitei culture.

The resultant was a beautiful amalgamation of Bhakti and ancient essence of nature worship. Manipur is full of bounties of nature and simultaneously has a rich Dharmic exuberance.

History of Polo begins from Manipur

While we talk about ancient cultures and their relation with sports we only get reminded of Olympics and the Greek civilization, which is now a dead civilization. But a civilization like Bharat, where all the micro, mini and regional cultures are living and equally contributing in shaping of the future.

And one such present day contribution of ancient Meiteis is the sport Polo. Polo was called Sagol Kangjei in Manipuri and lord Marjing is related to it.

Marjing is the protector of the north-east direction. Marjing lives at the high crest of Heingang hills with his companion Samadon Ayangba, which is a sacred horse with wings. In Meitei culture Marjing is one of the five deities who holds the position inside the soul of a human being.

Polo is considered as the game of Gods which is played with seven players on each side. This is played with bamboo stick, which is also carried by the deity in his hand. The ball used in the game is called Kangdrum, made from bamboo. And the first divine polo match was played during the festival of Lai Haroba.

Every year during the festival of Lai Haroba, at the top of Heingang hills, devotees offer polostick and bamboo-root ball to Lord Marjing. This beautiful aspect of ancient Manipuri culture is still sustained in Bharat and commemorated by Amit Shah ji during the inauguration of lord Marjing at the Marjing Polo Complex in Imphal.