Manusmriti and The Origin of Universe 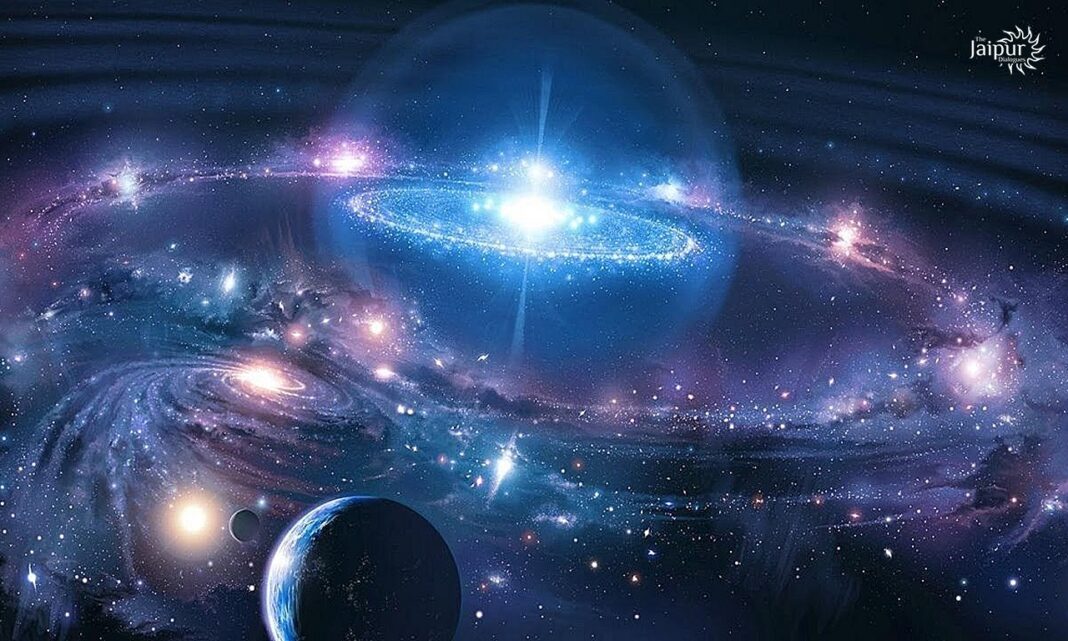 A question that has always perturbed humanity is from where did this universe originated. Who is behind all this game of creating the world? What are the elements and processes that help in the creation of earth? These are the basic philosophical questions which curious people ask. And many great rishis and philosophers along with that scientists have tried to answer them in different ways. In that way, Manusmriti has also worked out answers to such questions. There are many aspects of these theories which have ignited curiosity.

In the very first chapter of Manusmriti the origin of the universe is described. There is a theory on the evolution of species. This is however a revelation to the readers of Manusmriti, that how accurate and effective the theory is.

This (universe) existed in the shape of Darkness, unperceived, destitute of distinctive marks, unattainable by reasoning, unknowable, wholly immersed, as it were, in deep sleep.

This is not just a musing, rather a definitive explanation of a world which had been created out of a primitive state. Where there were atomic forms of the elements and a universe in evolving.

Then the divine Self-existent (Svayambhu, himself) indiscernible, (but) making (all) this, the great elements and the rest, discernible, appeared with irresistible (creative) power, dispelling the darkness.

He, desiring to produce beings of many kinds from his own body, first with a thought created the waters, and placed his seed in them.

This shloka directly signifies the term ‘thought’. The recent noble prize in Physics winner has also established through quantum mechanics that, this world is our creation through thoughts.

And as that seed, evolves into a golden egg, which is a brilliant manifestation of the universe, he himself is born as Brahma.

The waters are called narah, (for) the waters are, indeed, the offspring of Nara; as they were his first residence (ayana), he thence is named Narayana.

This particular shloka establishes who actually Narayan is. Narayan is equated to the water element, which is present in the highest quantity in the earth. And therefore Narayan is also called as the one who nourishes, because the presence of water element ensures the continuity of life forms.

From that (first) cause, which is indiscernible, eternal, and both real and unreal, was produced that male (Purusha), who is famed in this world (under the appellation of) Brahman.

The seed of cause, the thought that ignited the evolution of the universe is signified as Brahman. And this is a kind of hierarchy, the evolution of the entity which regulates the working of this whole cosmos. In Upanishads also there is a calibrated form of God, as- Sacchidananda, Akhanda, Ishvara and Brahman.

Here, Brahman should not be understood as any varna, nor the depiction of four –faced Lord Brahma. Rather it is the entity which is formless, all expansive, having no attributes, and full of brilliance, Brahman. So it becomes important at this point to bring clarity of these basic concepts of Hinduism.

The divine one resided in that egg during a whole year, then he himself by his thought (alone) divided it into two halves

And out of those two halves he formed heaven and earth, between them the middle sphere, the eight points of the horizon, and the eternal abode of the waters

This whole idea or concept of universe and its origin has to be seen in a very scientific light. Here, creationism is negated in Hinduism. In the theory of Samkhya also, the idea of ‘evolution’ is important. In Samkhya there is no consideration of an entity creating a world, as in Christianity. Purusha and prakriti are two ever present tatvas (undivided, non-destructible) which come together and evolve into many forms. There are 16 orders of evolution according to Samkhya.

Therefore, in this theory of Manusmriti different orders of Evolution are pointed out and how each one trigger the next order of development. Though the leading faction or component in all this is consciousness, that is thought and that is also ‘chetna’. And that ‘chetna’ according to Samkhya is Purusha or according to Shaivism, is Shiva. Therefore, consciousness becomes the major factor in combining all physical elements into the order.